Telecom operator Etisalat is its first client in Middle East.

ChinaNetCenter, one of the major content delivery network (CDN) and data center service providers in China, is working with Emirates Telecommunications Corporation (Etisalat) to expand its CDN services in the Middle East.

The UAE-based Etisalat is the largest network access point (NAP) in the Middle East, and offers fixed network broadband and mobile services in the Middle East, Africa, and the Asia Pacific Region, with annual revenue of over $9 billion and a market value of $22 billion. 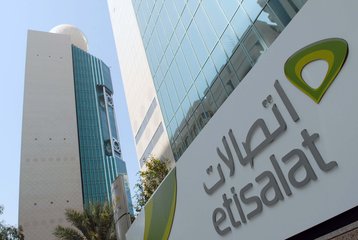 According to the cooperation agreement, ChinaNetCenter will build a content delivery network (CDN) service node in Etisalat’s network for bolstering end-user internet access experience within its network.

So far, ChinaNetCenter has deployed almost 60 CDN acceleration nodes overseas, including Asia, Europe and America, but this is its first node in the Middle East. ChinaNetCenter is also Etisalat’s sole collaborative CDN service provider in China today.

This CDN node deployment was completed at the end of April this year and was officially put into commercial use in May. All ISP and ICP users which access Etisalat’s network in the Middle East and Africa are expected to benefit from this deployment.

“Our partnership with Etisalat will strengthen our CDN service capacities in the Middle East, Central Asia and Africa. In addition, it will also help Etisalat to extend its regional reach and give its customers reliable, superior quality Internet access anywhere and anytime,” said Chu Minjian, Vice President of ChinaNetCenter.

“The partnership with ChinaNetCenter means that we will be able to bring its advanced CDN technology and services into the region and create a powerful alliance. This will ensure the delivery of a faster and richer Internet access experience to the markets and customers which we serve,” said Ali Amiri, executive vice president, carrier & wholesale services of Etisalat.

Apart from this Middle East move, this January, ChinaNetCenter established a wholly owned subsidiary in Malaysia for serving customers in Southeast Asia. Back in 2012, it set up a US subsidiary for serving the America Continent.

ChinaNetCenter is not the only Chinese CDN with international ambitions. Earlier in January 2014 ChinaCache opened a London office to sell its services in EMEA.