Actis now controls 63 percent of Chayora’s common stock. In return, Chayora now has a project debt of $250m to invest in its 80-acre TJ1 Tianjin campus that serves the greater Beijing area.

This latest round of funding follows two previous investments. Most recently Actis invested $73m while it was part of Standard Chartered Principal Finance Real Estate (Series B). Of this, $20m was for Chayora directly and $53m was for property and land investments. 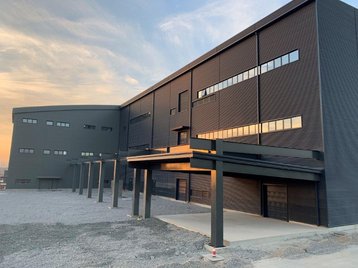 As part of the agreed Series C funding, Chayora is now consolidating all land and property interests that were owned by the above arrangements, taking total control of them.

According to Chayora's CEO, Oliver Jones, the firm will remain a privately held company for the time being, with a Series D funding round planned for the future.

The Hong Kong firm has already completed one of the data centers in its Tianjian campus. Earlier this year a local infrastructure provider, Beijing Sinnet Technology, agreed to move into the completed data center.

In Tianjin, the company is hard at work building the next two of its remaining six planned data centers, while in another location in Shanghai, it is cultivating hyperscale facilities where multi-national corporations can support cloud services.

Jones told DCD:: “The close working relationship we have developed with the Actis team is valued and we are very pleased to have concluded an agreement for the significant commitment being made to Chayora in this funding round.

"Data volumes continue to grow in exponential terms and in China, as the world’s largest online market, the levels of technical innovation means being in China offers huge potential to global sector leaders."

Established in 2011 to build data centers across China, Chayora mainly works for customers from the US and Europe. Its core business is to develop and operate large-scale, built-to-order data centers for individual clients on 5 to 15-year contracts.

The Hong Kong firm is registered in the Cayman Islands and headquartered in Hong Kong, but most of its executive team hails from the UK.