Charter Spectrum to pay over $7bn after employee murdered a customer

The company then destroyed evidence and forged documents

Charter Communications is liable for $7 billion in punitive damages and $375 million in compensatory damages for the murder of one of its customers by an employee.

The company failed to do a job history check on Spectrum employee Roy James Holden Jr., who stabbed 83-year-old Betty Jo McClain Thomas to death. It then destroyed evidence and forged documents in an effort to avoid culpability.

Charter is appealing the verdict. 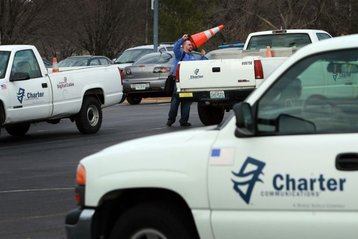 Spectrum cable repairman Holden visited Thomas' house to fix her fax machine, where he learned she had ongoing issues with her service. He then used his company key card to drive one of its vans to her house the next day, where she caught him attempting to steal her credit cards.

He then murdered her and went on a spending spree with her cards.

Holden pled guilty to the 2019 murder and was sentenced to life in prison. A civil lawsuit against Charter revealed that Holden had lied about his job history, but the company never checked to verify the details. If it had, he would have been disqualified for lying in a job application.

After being hired, Holden repeatedly turned to management for personal problems and told them he at one point thought he was a Dallas Cowboys player. He may have been sleeping overnight in his Spectrum van.

Lawyers representing Thomas’ family presented evidence that Charter Spectrum techs were responsible for more than 2,500 thefts against customers over several years before the murder, as well as beatings, sexual assault, and other violent crimes. Charter refused to investigate thefts or report them to the police.

Following the murder, Charter destroyed video surveillance and tracking information on Holden. The company was found guilty of contempt for failing to produce other documents.

When the lawsuit launched, Charter tried to compel the case into arbitration using forged terms of service documents it said Thomas had signed.

"This verdict justly reflects the extensive evidence regarding the nature of the harm caused by Charter Spectrum's gross negligence and reckless misconduct," one of the family's trial lawyers, Chris Hamilton, said in a statement.

Charter said it "strongly disagrees with the verdict and will appeal."

The horrific crime has echoes of the 1996 ordeal an Arkansas woman suffered at the hands of a Comcast engineer. The cable technician raped Natasha Saine at knifepoint and then tried to kill her with a blowtorch canister. He then tied her hands and feet together and put her in a bathtub full of water, and slit her throat.

He then threw a lamp into the bathtub in an attempt to electrocute her, and held her head underwater. When she still did not die, he forced her into a closet and set her apartment on fire.

Remarkably, Saine survived. She went on to sue Comcast for negligent hiring and supervision, relying on testimony for a customer who had complained to the company about inappropriate sexual remarks, but was ignored.

The case was ultimately dismissed, but Comcast was again taken to court in 2013 when a contractor murdered a customer - while he was being investigated for a different murder.