Even with Brexit on the horizon, optimism is high

British data center market will continue growing in 2017 despite the uncertainties surrounding the country’s exit from the European Union, according to a report from property consultancy CBRE.

The firm said London will remain the data center capital of Europe, with 384MW of existing capacity and a strong pipeline of upcoming projects. However, it warned about the overall weakness of the economy, and potential issues with data protection. 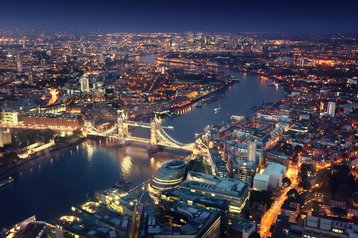 According to CBRE, London and its suburbs are responsible for 80 percent of data center capacity in the UK and 44 percent of total capacity across major European markets.

This puts the city well ahead of mainland competition like Frankfurt, Amsterdam and Paris – although Frankfurt had added more colocation space in 2016 and is likely to contest the number one position in the future.

Authors of the report expect the London colocation market in particular to grow by a further 8 to 10 percent, and see a bright future for major cloud providers.

“We expect cloud demand to grow strongly for the foreseeable future as more corporates integrate cloud solutions into their overall IT architecture. This will in turn drive growth in the data center sector,” stated the report.

Even though Brexit is unlikely to reduce demand for white space, CBRE has warned that the political transition could cause issues with data protection – the rest of Europe will subscribe to the General Data Protection Regulation, while the UK will likely have to develop its own set of laws that mirror principles of the GDPR. Being non-compliant with EU rules would carry a risk of losing European data center tenants.

In terms of overall economy, the report expects Brexit to result in a weaker Pound, feeding through into higher inflation.

“The UK is still a key marketplace for data center occupiers because of rapidly increasing usage of applications powered by cloud service providers. Further ahead, there will be a resurgence in demand for data center space from more traditional corporate sectors,” researchers added.

“This will strengthen London’s digital ecosystem, maintaining its dominance as a European data center destination.”