Carter Validus Mission Critical REIT II (CVMC REIT II) has paid $33.1 million for a four-story building that hosts 56,356 square feet of technical space. The facility offers 4.5MW of power capacity, all of it is currently used by a single tenant - hybrid IT provider Ensono.

The news follows a deal announced earlier this month that saw the trust acquire a fully-leased data center property in Massachusetts. 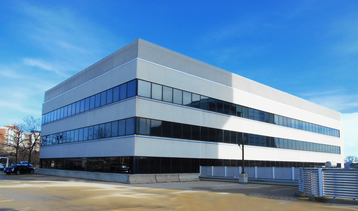 CVMC REIT II was established in 2013 to acquire mission critical real estate assets in the data center and healthcare sectors. Its predecessor – the original Carter Validus Mission Critical REIT – has been closed to new subscriptions, after building up a property portfolio across the US valued at more than $2.3 billion.

The trust’s latest acquisition is located in the suburbs of Chicago. The industrial building was constructed in 1987 and features pre-cast concrete spread footing and 16-foot ceilings. Cooling is provided by two 340-ton and four 400-ton rooftop liquid chillers, plus 55 CRAC units.

Power to the data center is provided via four 2,500 kVA transformers, with back-up power ensured by three Caterpillar gensets.

According to Carter Validus, the previous owner – who remains unnamed – spent more than $5 million to upgrade the facility over the past 12 months, adding and electrical switch gear, an automatic transfer switch, LED lighting, a very early smoke detection apparatus (VESDA) and an upgraded sprinkler pump system.

The investment trust has also announced the acquisition of a colocation data center in South Carolina for approximately $19.2 million – however it did not provide any further details.

The trust has been acquiring data center properties non-stop since it was founded: recent purchases include facilities in Georgia and Michigan, Tennessee, California and Virginia.