Broadcom to acquire Brocade for $5.9 billion

Will spin off IP Networking biz

Broadcom has entered into a definitive agreement to acquire Brocade for $12.75 per share in an all-cash transaction valued at roughly $5.5 billion, plus $0.4 billion of net debt.

The fabless semiconductor company expects to fund the transaction with new debt financing and existing cash. It also plans to plans to divest Brocade’s IP Networking business, made up of wireless and campus networking, data center switching and routing, and software networking solutions. 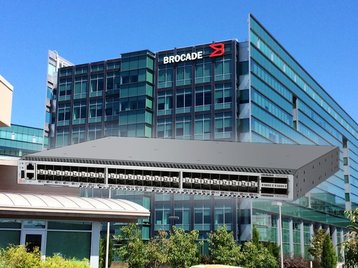 “This strategic acquisition enhances Broadcom’s position as one of the leading providers of enterprise storage connectivity solutions to OEM customers,” Hock Tan, President and CEO of Broadcom, said.

“With deep expertise in mission-critical storage networking, Brocade increases our ability to address the evolving needs of our OEM customers.

He continued: “In addition, we are confident that we will find a great home for Brocade’s valuable IP networking business that will best position that business for its next phase of growth.”

“We will work with Broadcom as it seeks to find a buyer for our IP Networking business which includes a full portfolio of open, hardware and software-based solutions spanning the core of the data center to the network edge.”

In a blog post, Carney said: “We were not looking to sell the company. However, when Broadcom approached us with a compelling offer, we had an obligation to consider that offer, along with other alternative opportunities.”

That compelling offer was a 47 percent premium over the closing price last Friday night.

Brocade had only just acquired Ruckus Wireless for $1.2bn earlier this year, but it will also be a part of the divested division. “Due to competitive overlap with some of Broadcom’s most important customers, Broadcom will seek a buyer for the business,” Carney sail

The deal is expected to close in the second half of Broadcom’s fiscal year 2017 which began on October 31, 2016, but is subject to the usual regulatory approvals in various jurisdictions, customary closing conditions and the approval of Brocade’s stockholders.

Broadcom itself was bought by Avago for $37 billion back in May, 2015.