British spy agency GCHQ was keeping track of Octave Klaba when he was working as chief executive of French hosting company OVH, an investigation by French newspaper Le Monde and US online publication The Intercept has revealed.

According to Le Monde, Klaba’s name and email address appear on a GCHQ interception test report, which was included with the documents given to journalists by Edward Snowden.

The presence of the email address does not mean Government Communications Headquarters and its American counterpart, the National Security Agency (NSA), were intercepting contents of Klaba’s communications – but it does prove he was considered a valuable intelligence target, and his communications metadata was collected and stored.

The news follows the passing of the Investigatory Powers Bill in the UK – a set of laws popularly known as ‘Snooper’s Charter’ that legalize mass surveillance and give new powers to law enforcement and intelligence agencies. 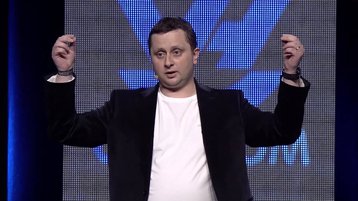 Take it as a compliment

Klaba is a prominent French technologist who founded OVH in 1999. Today, the company runs 17 data centers, hosts more than a million websites and supports more than 700,000 customers.

In 2015, Klaba left the position of chief executive to become the CTO of the company.

According to Le Monde, on May 28, 2009, in a test aimed at intercepting satellite communications Between Sierra Leone and Belgium, GCHQ obtained a list of email address belonging to ‘persons of interest’. Klaba’s name was on the list, alongside a number of diplomats and politicians.

The publication noted that GCHQ and its American partners were previously shown to be targeting large French technology companies, for example Alcatel and Wanadoo.

Le Monde suggested that OVH was targeted not just because of its size and network reach, but also because it was operating a rather lax hosting policy, giving refuge to online pirates, activists and organizations like the Democratic Forces for the Liberation of Rwanda (FDLR) – a Rwandan Hutu rebel group operating in the east of the Democratic Republic of the Congo.

OVH also chose to host Wikileaks once the original site was shut down in the US in 2010, earning the ire of the French government. However, the real reason for Klaba’s name on the list might never be known – in the past three years, GCHQ has not confirmed nor denied any information obtained from documents released by Snowden.