But how will it prove Russia was truly behind the attacks?

Ahead of meeting his Russian counterpart, Britain’s foreign secretary Boris Johnson has warned that his nation is ready and willing to retaliate against Russian cyber attacks.

The UK government has accused Russia of cyber attacks on critical infrastructure, as well as political interference, across the West. Russia denies all accusations. 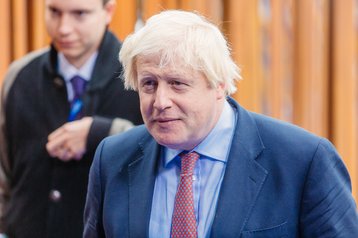 During a speech in November, UK Prime Minister Theresa May claimed that Russia was behind a “sustained campaign of cyber espionage and disruption.” She accused Russia of “seeking to weaponize information,” adding that the country hacked Denmark’s defense ministry and the German parliament.

“So I have a very simple message for Russia. We know what you are doing. And you will not succeed,” she said.

Russian spokesperson Maria Zakharova called the claims “irresponsible and unfounded,” adding that “Russia has been chosen as a foreign enemy needed to deflect public attention” from ongoing Brexit negotiations.

One day later, Ciaran Martin, CEO of National Cyber Security Centre (an arm of British intelligence agency GCHQ) said: “I can’t get into too much of the details of intelligence matters, but I can confirm that Russian interference, seen by the NCSC, has included attacks on the UK media, telecommunications and energy sectors.

“That is clearly a cause for concern - Russia is seeking to undermine the international system.”

One alleged attack included an attempt to infiltrate the energy network on election day, The Times reported.

It is in this climate, which has also seen military figures warn that Russia could attack submarine cables, that Boris Johnson headed to Russia.

Speaking in regards to the alleged cyber attacks, Johnson told reporters: “The UK is certainly prepared and able to respond, should we so desire.”

But Johnson did find one area of mutual celebration: “I’m delighted to say that there are increasing exports of British kettle crisps to Russia and 300 Bentleys have been sold this year in Russia - not, I believe necessarily to employees of the Foreign Ministry but nonetheless a sign of progress.”

His threats of a counter-attack come just a few days after GCHQ was reported to have “over-achieved” at building offensive cyber weapons.

In the annual report of the Intelligence and Security Committee, which oversees the work of intelligence agencies, a GCHQ official told the committee: “We… actually over-achieved and delivered [almost double the number of] capabilities [we were aiming for].”

In 2014, the UK government formed the National Offensive Cyber Programme (NOCP), a joint partnership between GCHQ and the Ministry of Defence. Talking to the committee, a GCHQ official said: “This is on a different scale and it is the full spectrum of capabilities from tactical stuff… right through to what we would say is the high end of counter state offensive cyber capabilities which might never be used but are the sort [of] high-end deterrents, if you like, and everything in between.”

NOCP is a seven-year initiative, split into tranches. The first tranche finished recently, with the committee summarizing: “There has been a wide spectrum of successes.”

But counter-attacks can be a difficult decision in the online realm, where the origin of an attack can be hard to ascertain, with the GCHQ official admitting: “It’s not like arms control, where you can point to something and say they’ve breached the rules and we can attribute this activity to this person.”