A UK and Malaysian consortium will build a test data center that makes use of liquid nitrogen for power and cooling.

Dearman from the UK and Green Data Center LLP of Malaysia will investigate how data centers might harness a Dearman engine - a system which uses the expansion of liquid nitrogen to simultaneously provide power and cooling. The project will start with a 220kW demonstration facility and decide on the eventual role of the Dearman engine based on its performance.

Two universities, Heriot-Watt in the UK and Universiti Teknologi Malaysia, are also involved in the project. The research has been given a grant from the UK’s Newton Fund, which supports international projects providing economic and social benefits. 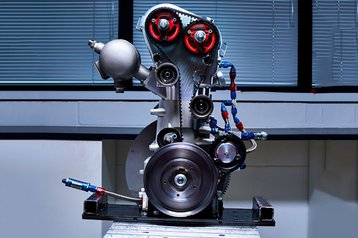 Cryogenic energy storage uses liquefied gases to store energy. They can be kept in insulated,pressurised containers, and then deliver physical energy to drive a turbine when they are allowed to expand and evaporate. The expansion also provides cooling at the same time (due to Boyle’s Law).

Self-taught engineer Peter Dearman wanted to drive a car powered by liquid nitrogen, and invented the Dearman engine in his garage some 40 years ago. Dearman Ltd now develops and markets the device.

Liquid nitrogen is widely available, as a by-product from the production of liquid oxygen, as it makes up 80 percent of the atmosphere, Dearman’s head of  communications Ben Heatley told DCD. It can also be shipped and stored, with a very low boil-off rate.

“It is very clear that Dearman engines are an alternative to diesel engines,” Heatley told DCD. ”Both in fixed applications, providing supermarket cold storage for instance, as well as power and cooling for the building, and in mobile applications where the engine can provide refrigeration and motive power for a delivery truck.”

These attributes potentially make the Dearman engine a useful part of data centers, which require both power and cooling, and this research project will start with a small demonstration site to determine what parts of the process can best be performed by the Dearman system, Heatley explained. 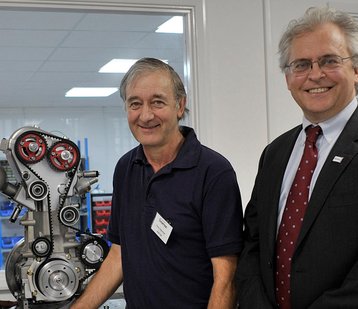 The partner, Green Data Center LLP is a new startup which is working on immersion cooled data centers, using an inert fluid coolant, retrofitted to existing data centers or provided in a modular containerized form. Green Data Center promises its Eco² system will reduce building costs by 70 percent and provide a PUE (power usage effectiveness) of 1.046.

The two companies will be working to see how compatible the two cooling systems are and how best to integrate Dearman cooling, most likely using the Dearman engine’s power to replace diesel backup generators. Heriot-Watt University will provide systems integration and sustainability analysis, while Universiti Teknologi Malaysia will develop a sustainable computing model to mange the technology.

“This project, which brings together world class innovation from the UK and Malaysia, has the potential to revolutionize the way that data centers are cooled and therefore the energy they require,” said Toby Peters, founder and CEO of Dearman. “The research could represent an important step towards making the digital world a much greener place to interact, to share information and to do business.” 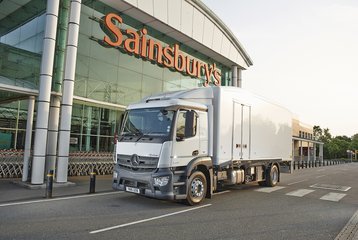 A Sainsbury’s refrigerated truck powered by a Dearman engine – Dearman

As well as driving data centers the project could also be part of a greener approach to power delivery. Liquid gas is potentially a good storage medium as it is normally produced at night when energy costs are cheap and the atmosphere is cool. A lot of energy is normally wasted in the process of evaporation, but this can be reduced if the cold that is produced as a byproduct can be harnessed.