The Brazilian Government has delayed the sales of two state-owned technology firms to 2022 amid a nationwide sell-off of government assets.

The sales of Social Security Technology and Information Company (Dataprev) and the Federal Processing Service (Serpro) have been postponed to the second half of 2022, according to the state’s privatization program.

Both companies operate out of three data centers in Brasília, Rio de Janeiro, and São Paulo. Last year Serpro signed a cloud services contract with AWS reported by BNAmericas to be worth $14 million and recently signed further cloud contracts with Huawei and Microsoft for around $4 million each. 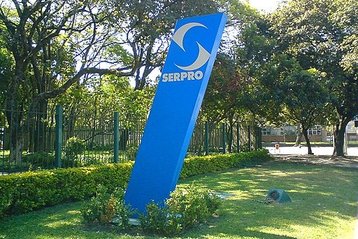 The two firms were added to the list of government assets under the national privatization plan in 2019. They, along with state-owned telco Telebras, were due to be sold by June 2021. Last year the Telebras sale was pushed back to 2022, with Serpro and Dataprev now following suit.

State-owned semiconductor firm Ceitec was also due to be sold in the first quarter of 2021, but is currently going through liquidation after a decree was issued late last year.

Dataprev has undergone a large consolidation ahead of its proposed sale, closing more than 20 offices and firing hundreds of staff with the aim of cutting operational spend by around $22 million. Staff have previously voiced concerns at the sell-off.

“[Serpro and Dataprev data] could shift to private servers, this would undermine the security of information of almost all citizens that are in the social security system,” warned a manifesto released by Dataprev. “This could compromise national sovereignty over extremely sensitive data.”

“By relinquishing its own technology to buy third-party solutions, giving up the possibility of developing technologies in this field and becoming just a passive consumer, Brazil is moving in the opposite direction when compared to developed countries.”

A recent study published by the Inter-Union Department of Statistics and Socio-Economic Studies (DIEESE) warned the sale of the companies could threaten the privacy of Brazilian citizens and harm national sovereignty.