Bitmain to build a large cryptocurrency mine in Xinjiang

Chinese bitcoin mining specialist Bitmain Technologies has announced plans to deploy a massive cryptocurrency operation on an upcoming data center campus in Xinjiang, being built by a subsidiary of China Mobile.

Construction of the campus started in 2014. Once finished, it will comprise 45 individual buildings, most of which have been pre-leased, and consume up to 135MW of power.

It is currently not clear how much space has been reserved for Bitmain, but the company promises to build one of the most efficient cryptocurrency data centers in the world.

“We have seen that most data centers in the mining industry are wasting considerable money or other resources. We want to provide a more professional and cost-saving example to the industry,” Bitmain’s co-CEO Jihan Wu said.

The blueprints of the facility will be shared with the cryptocurrency community after the project is finished. 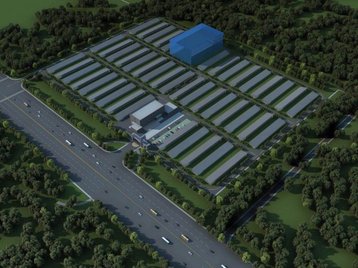 Bitmain runs the second largest bitcoin mining pool in the world, currently responsible for almost a fifth of all new bitcoins. The company was established in 2013 and is based in Beijing. It manufactures hardware for bitcoin mining under the AntMiner brand, and has been building cryptocurrency-focused facilities both in China and abroad.

Bitmain’s latest data center will be located in Xinjiang, an autonomous region in the north west of China. It will become part of one of the largest data center sites in the world.

According to previous reports, the first phase of the project will be built at a cost of 5bn CNY ($806m), and deliver 39,000 square meters of white space - capable of hosting about 3,600 racks.

The China Mobile campus was originally scheduled to come into operation at the end of 2016, but according to Bitmain, it is likely to miss the deadline due to an unexpectedly cold winter in Xinjiang.

The company adds that it had helped design cooling and dust prevention systems to be deployed in Xinjiang, tailored specifically for cryptocurrency operations. It has also helped obtain the necessary permissions and infrastructural support from the provincial authorities.