The Globe and Mail reports that BGO purchased a 112,000-square-foot facility located in Markham, a suburb north of Toronto, Ontario in May of this year. It then acquired IBM’s Montreal facility in August. BGO has leased both facilities back to the veteran IT company.

A BGO spokesman told the Globe and Mail the acquisitions were in the “mid-eight-figure” range, and IBM has assumed “medium-term” leases on the buildings. 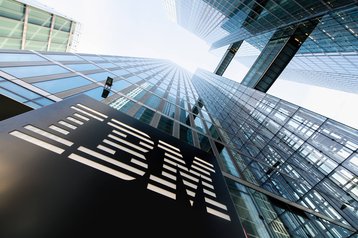 “Data has become an essential service and good, that’s on a par with things like power, food, and water,” said Paul Mouchakkaa, BGO’s head of Canada and a managing partner at the firm.

The facilities are now part of BGO’s $6-billion Prime Canadian Property Fund. The data centers currently make up about two percent of the fund, which mostly comprises office, retail, and multifamily residential properties.

“Ideally this becomes five to 10 percent of our fund over a period of time,” Mouchakkaa said, noting that most data centers in Canada are owned by operators, rather than investment managers like BGO.

“We do think Canada is fertile ground for this. You’ve got a huge financial services sector and insurance sector in Toronto, you’ve got clean power and cost-efficient power in Montreal, and you’ve got a large growing tech sector in Vancouver.”

The company said it was also considering building its own facilities in the future.

“It’s not on our radar today yet to do development, but if the right opportunity came up, we would develop one of these, ensuring that we would have a core income stream in the future,” Mouchakkaa added.

Update: BGO has since published a press release on the acquisitions;

The Montreal facility, located at 275 Viger Avenue East, comprises five stories and 199,000 sq ft. on 1.4 acres of land with access to a combined 16 MW of power.

The Markham data center, located at 100 Gough Road, comprises 111,840 sq ft. and is currently undergoing a $20 million facility upgrade that will modernize the asset’s power systems. The asset’s footprint allows for the expansion of the building for another 90,000 sq ft of space with an additional 12MW of power.