Three zones in Bahrain at launch

The company will also launch an AWS Edge Network Location in the United Arab Emirates in the first quarter of 2018, likely in a third-party data center, to handle its CDN CloudFront. 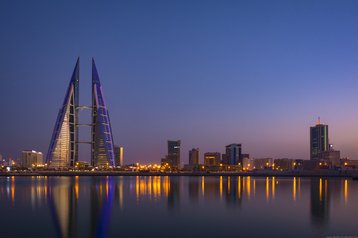 “As countries in the Middle East look to transform their economies for generations to come, technology will play a major role, and the cloud will be in the middle of that transformation,” Andy Jassy, AWS CEO, said.

“Some of the most gratifying parts of operating AWS over the last 11 years have been helping thousands of new companies get started, empowering large enterprises to reinvent their customer experiences, and allowing governments and academic institutions to innovate for citizens again. We look forward to making this happen across the Middle East.”

H.E. Khalid Al Rumaihi, chief executive of the Bahrain Economic Development Board, added: “AWS’ commitment to expanding its presence into the Middle East and North Africa region, from Bahrain, is a major enabler for technology and data-driven business across the GCC. This will benefit global corporates, SMEs, entrepreneurs, and governments alike.

“The ability to store and share data at speeds the Gulf has never experienced before has the potential to help companies gain competitive advantage, allowing them to compete more effectively at a global level.”

According to Amazon, the announcement was welcomed by political leaders and royal families in the Gulf Cooperation Council (GCC) states, each of which have their own modernization initiatives - Saudi Vision 2030, UAE Vision 2021 and Bahrain Vision 2030.

Salman bin Hamad Al Khalifa, crown prince of Bahrain, first deputy prime minister, chairman of the Bahrain Economic Development Board and deputy Supreme Commander of the Bahraini military, said: “Today’s announcement is a significant moment for Bahrain and the region. For the Kingdom, the expansion of regional cloud capacity builds upon a business environment that is already driving innovation and entrepreneurship, using technology to accelerate economic diversification in Bahrain.

“Through improved efficiencies, access to new career opportunities, and helping to enhance the delivery of government services, this marks further realization of the principles of sustainability, fairness, and competitiveness that form the core of Bahrain’s 2030 Vision.”

Bahrain’s Information and eGovernment Authority (iGA) plans to adopt AWS for its entire operation, migrating 700 servers with more than 50TB of data to the cloud and decommissioning its existing infrastructure.

AWS has increased its investment in the region as of late, opening offices in Dubai, UAE and Manama, Bahrain in January 2017. It has also funded AWS training camps at numerous Middle Eastern universities, and works with incubators and accelerators in the region to give them AWS credits and training.