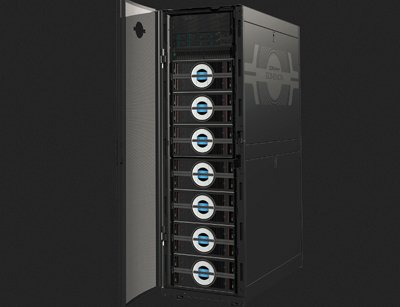 Australia’s CSIRO (Commonwealth Scientific and Industrial Research Organisation) has signed a contract to install Cary’s next-generation supercomputer Cascade at its Pawsey Centre in Perth for use with the Square Kilometer Array (SKA).

The SKA project, being funded by the European Commission, will see a large radio telescope array placed in South Africa and a smaller facility in Australia to research Planck Epoch – the earliest point in time in the history of the universe.

SKA is one of the largest scientific projects to ever be undertaken.

The multi-year contract with Cray, worth AU$21m, will see Cascade and Cray’s Sonexion storage system (pictured) installed not only for SKA but other computational and data intensive science projects, covering nanotechnology, biotechnology and geosciences.

Cray will also provide services for the facility.

Cray’s Cascade, which is currently under development, is due for wide market release in 2013.It is the first high end system built by the company to be based on Intel Xeon processors but also has support for AMD x86 processors and other emerging alternatives.

Cray worked with the US Government  Defense Advanced Research Projects Agency’s (DARPA) high productivity computing systems program to ensure the system would be easier to program and more resistant to failure.

For Cascase, Cray said it has made major advancements to the Cray Linux Environment and included the next generational Aries Interconnect chipset.

Cray said the Pawsey Center, which opened in 2009, is looking at using Intel Xeon Phi coprocessors for its supercomputing environment which should be complete in 2014.