Icelandic data center firm atNorth is close to opening its first data center in Sweden and plans to begin the second phase of development shortly.

Construction on phase one of the SWE01: SIF DC facility in Kista, northern Stockholm, began late 2020, with the first data hall due to be completed in December. 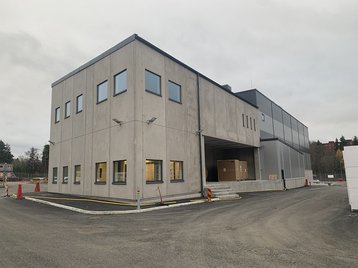 The company said build-out of the data center will be continuous, with the second data hall due to add another 2,750 square meters (29,600 sq ft) and due to come online in the second half of 2022 to total 6MW

“The demand for high-capacity services within colocation is increasing considerably and from our standpoint, international organizations are looking to Stockholm for efficient colocation services,” said Gisli Kr, atNorth’s chief commercial officer. “Since we started the first phase, demand has been so strong that we are launching further buildout earlier than anticipated with the next phase coming online in the second half of 2022 followed by further expansion.”

Once online, the facility is due to connect and contribute to Stockholm’s Exergi district heating network.

atNorth was formed as Advania in 2012 from three components: Skyrr, a public sector IT specialist in Iceland; Kerfi, a Swedish outfit with roots in a Nokia spinoff called Datapoint, and Hands from Norway.

In Iceland, the company has data centers in Keflavík and just outside Reykjavík in Hafnarfjörðu.