Atlantic.Net - expanding the Cloud into Europe 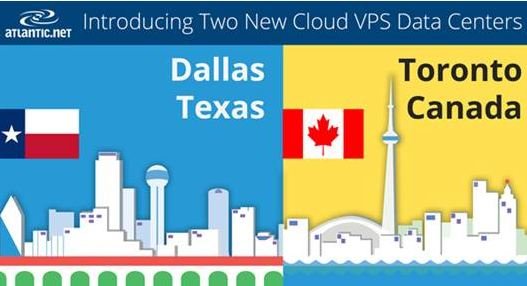 As more players enter the cloud hosting market it is becoming increasingly important for providers to find a niche and carefully map out growth plans. For US-based Atlantic.Net, this has not only meant international growth but service provision that offers high margins and captures end users with ease of use – with software developers as the key market in mind.

This month the company, which claims to offer an easy-to-use cloud platform that bundles compute, storage and bandwidth together at a fixed monthly rate, announced its first international data center. Basing services on high-powers solid state drives and virtual private servers, it is spreading its footprint beyond the US - where it colocates with wholesale provider Digital Realty - to Toronto, Canada, increasing customer reach into a new domestic market. This is at the same time as expanding its presence in the US with a second data center in Dallas, Texas and making a push into Europe, where it is currently negotiating a number of new data center deals.

Following developer communities
Atlantic.Net’s expansion methodology is focussed on emerging tech markets where it sees developers becoming more active. Altlantic.Net founder and president Marty Puranik says in many cases it is a lack of development skills in business environments for managing data center operations that is driving its demand.

“This cloud provider space is almost like glass blowing – it is becoming an art again,” Puranik says. “Software developers are becoming so abstracted from the data center (where they once managed servers and built out in scale) that they don’t know what to do any more in terms of the facility.”

“We do a lot of our own development in house [at Atlantic.Net]. We have written our own tools, we have some predictive modelling, and while we originally didn’t get things 100% right all of the time at first, as time has gone on we have developed a much better idea of how to model things (by things he means cloud environments). It can be surprisingly challenging to do even the most basic things in the data center, which is one of the reasons why cloud is so compelling today. A myriad of things can go wrong. In the past, developers seemed to spend a majority of their time debugging these issues rather than developing software.”

With this in mind, Atlantic.Net is looking to place operations where pools of developers can be found. “We think there will be hundreds of Silicon Valley’s sprout up around the world. If you are passionate about making new technology a reality today, you don’t have to travel to California anymore,” Puranik says.

It is this movement that is leading Atlantic.Net across the Pacific in search of European data center providers.

Chasing opportunity in Europe
Puranik has his sights set on the key European markets of Amsterdam and London but says Germany is also starting to gain attention for the Cloud.

“We also think in a matter of time we will look at France and Spain for compliance and data sovereignty, which you will eventually see becoming a bigger issue there,” Puranik says.

And when it comes to choosing a colocation provider in Europe, Atlantic.Net is more likely to go with a number of players, each with a strong national footprint in the countries it wants to expand into. In the US Atlantic.Net only works with Digital Realty and in Canada it has chosen to work with Cogeco in the Univision carrier hotel – but this is largely a sign of market unity. Diversity makes the colo space a different sell in Europe.

European customers already make up 30% of the company’s user base. Many of these are developers from gaming companies that have not been able to find what they want in Europe – and using a data center in Dallas offers equidistant latency between the US East and West Coasts. “They like our product in Europe. We have had a lot of reference through word of mouth, and we think what we have been doing has never been done before on the continent – providing on demand virtual machines at aggressive price points with everything included. In Europe a lot of the providers sell the high end product, but our targets are below that. We reach out to customers that want someone easy, flexible – and they just want to know what their bill will be,” Puranik says.

The analogy Purnik uses is between McDonalds and London’s high-end retail store Harrods. He says Atlantic.Net is the McDonalds.

When Atlantic.Net does choose its European partners – it is currently in discussion with two colo companies – it will be looking to broker a deal that allows for the flexibility of its own cloud sell. “Some data centers are fitted out with enterprise customers in mind, who might sign ten-year deals,” Puranik says. “We want to find facilities that are more hosting friendly - like us. These facilities will be designed with gaming and cloud in mind, or future mobile apps. These providers will be more flexible and have more variable rates in terms of pricing and they will allow us to scale up and down as we need. Many of these providers will have multiple sites, which will allow us to not only scale in one facility but out into others as required,” Puranik says,.

While Atlantic.Net does not disclose its financial details Puranik says the company is growing at 10% each month.

And Puranik is very aware that his company's growth makes it an attractive partner for colocation companies wanting to build ecosystems for the Cloud.

“We are almost like a fertiliser in these environments,” Puranik says. “When we move in we add value to the data center because we are on that net cloud computing platform other customers [inside the data center] can connect to. This is one reason why data center operators are courting cloud providers so heavily. We add value.”