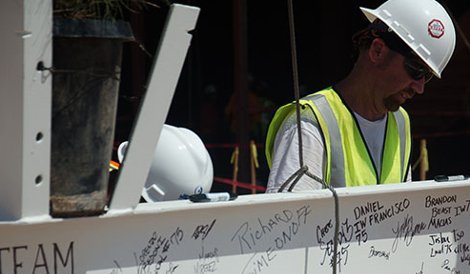 Arizona lawmakers have adjusted the state's tax code to include tax breaks for data center owners and tenants, meant to attract more data center construction to the state.

Governor Jan Brewer signed a state budget earlier this week that includes the tax incentives, which she helped push through, according to the Arizona Data Center Coalition, an industry group formed to lobby for the tax breaks.

Unlike many of the data center tax-incentive bills recently enacted by other states, Arizona's legislation does not focus solely on big-name single-tenant data center operators, such as Google, Apple or Amazon. These tax breaks are meant to benefit both mega-scale single-tenant projects and companies that provide colocation services out of multi-tenant facilities.

Jim Grice, partner with the law firm Lathrop & Gage, said Arizona lawmakers recognized the fact that multi-tenant data centers are better for local economic development since they bring more companies. “Colocation drives more of a digital local economy base as opposed to the big singe-user situation,” he said.

The high-profile single-tenant projects do benefit communities they are in but the benefit is of a different nature. “They bring brand-name recognition,” Grice said.

“They bring attention. It makes some of the smaller users feel more comfortable about their decisions” to build in a place.

To qualify for Arizona's tax breaks, a data center owner or operator has to invest at least US$50m for projects in urban locations and $25m in non-urban environments. Qualified companies will be exempt from sales and use tax on data center-related equipment purchases for 10 years.

Companies with existing data centers in the state that have brought investment of $250m or more to the state over the past six years will also qualify for tax benefits on future purchases.

Grice said there were several specific data center construction projects that now have a greater chance of happening in Arizona because of the new incentives. He declined to provide details about those projects.

Another example of a data center provider that stands to benefit from the new tax breaks is CyrusOne. The colocation company put out a statement following the announcement of the news saying tenants of the large data center campus it is building in Chandler, just outside of Phoenix, will benefit from the incentives.