The migration of Chinese residents’ iCloud data from Apple data centers around the world and into the company’s new Chinese facility, built in partnership with state-owned Guizhou-Cloud Big Data Industry (GCBD), will begin on February 28th, according to 9to5Mac.

Compliance with recently introduced data sovereignty laws - which specify that Chinese citizens’ data has to be stored within the country - is the non-negotiable condition that must be met by foreign companies wanting to maintain a foothold in China. 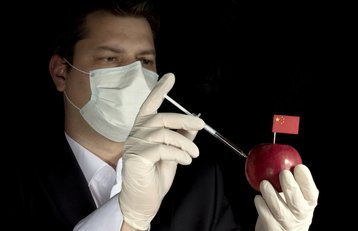 Gnawing at the core

In the past year, China has doubled down on online content regulation, with its crackdown on the use of VPNs and updates to the so-called Great Firewall, as well as a new wave of legislation forcing companies to process all Chinese data domestically and requiring IT suppliers to go through national security reviews.

In a controversial act of compliance, last year Apple removed all 60 VPN apps from its local App Store, which previously allowed users bypass the Great Firewall and access banned websites such as Facebook, Instagram and Twitter - a move which was widely perceived as an attack on online freedom.

While Apple has assured its customers that the data transferred to GCBD will be protected by the same data encryption standards as those currently applied in the US, and the company will not help enable state surveillance, some customers have raised concerns that the move is a sign of a closer relationship between Apple and the Chinese government.

Apple told 9to5Mac that its “partnership with GCBD will allow us improve the speed and reliability of our iCloud services products while also complying with newly passed regulations that cloud services be operated by Chinese companies.

”Because of our commitment to transparency, there will be a series of customer communications over the course of the next seven weeks to make sure customers are well informed of the coming changes. Apple has strong data privacy and security protections in place and no backdoors will be created into any of our systems.”

Controversially, TechCrunch discovered that some of the iCloud users notified of the transition had their accounts opened, paid for or based in the US.

Apple reportedly stated that “the operation of iCloud services associated with Apple IDs that have China in their country or region setting will be subject to this transition,” meaning that any Apple users currently based in China, whether they live there permanently or not, will be subject to the data transfer.

Apple notified customers that while they may not opt out of the migration, they may instead delete their data before the transition occurs.