Tax is for the weak

Apple could be preparing to build a warehouse in downtown Reno, in an effort to bring down the sales tax rate on hundreds of millions of dollars worth of computer equipment used at its Reno Technology Park data center - to just 0.5 percent.

Reno City Council officials are to vote on whether Apple would be eligible for the city tax break for the Tessera District land, a tourism improvement district which allows developers to be reimbursed a portion of the sales tax in that area. Apple already had a lower tax rate than most, at 2 percent, achieved through negotiations over the location of its data center, but this move would effectively cut it by another 1.5 percent. Washoe County’s sales tax rate is 8.265 percent. 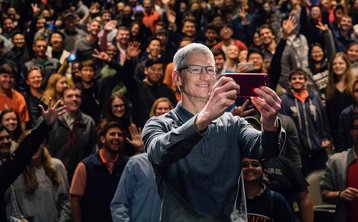 Previously, Apple had planned to lease space from Northern Nevada Urban Development, but the project stalled.

Chief Deputy City Attorney Jonathan Shipman told the Reno Gazette-Journal: “There’s been discussion, negotiations and finally a decision between the developer and Apple that rather than leasing the property to Apple, they are going to sell Apple the property.”

Should the sale go through and the tax deal be permitted, it will be the first project in a district that developers have long hoped to turn around.

The tax incentive was first brought in back in 2009, and in 2012, the Tessera developers successfully lobbied lawmakers to extend the incentive’s lifespan from 2029 to 2034.

On Wednesday 10th May, the council will discuss whether it should permit “Apple, Inc. to purchase approximately half a city block of land from the Developer in the District to construct a 30,000 square foot purchasing and receiving facility.”

In addition to having been given $88 million in state and local tax breaks (the largest corporate tax exemption in Nevada history) on its still-growing Reno Technology Park data center, Apple has long used Nevada as a way to lower its overall corporate expenses.

Some of the profits from the sales of Apple products in the US are deposited in Braeburn accounts, which are then invested in stocks, bonds or other financial instruments, company executives told the New York Times. When the investments turn a profit, it is taxed at Nevada’s rather lower rate.

Other states, including Florida, New Jersey and New Mexico, also charge Apple a lower tax rate than they usually would, using formulas that reduce what is owed when a company’s financial management occurs elsewhere.

Such measures saved Apple $2.4 billion in US federal taxes in 2011, according to a study by former Treasury Department economist Martin A. Sullivan.

Apple has taken advantage of similar situations across the globe, moving profits through Irish and the Netherlands-based subsidiaries, and onwards to the Caribbean.

In August 2016, the European Commission concluded that a sweetheart deal created by the Irish government had enabled Apple to pay a tax rate of 0.005 percent in 2014 and an average rate of 1 percent over a longer period.

The Commission ordered Apple to pay €13bn ($14.2bn) in back taxes, to Ireland and potentially other EU nations. But Apple, which separately agreed to pay €318m ($349m) to the Italian authorities to settle a case of suspected tax fraud, has said that it will fight the decision.

He added: “They just picked a number from I don’t know where. In the year that the Commission says we paid that tax figure, we actually paid $400m. We believe that makes us the highest taxpayer in Ireland that year.”

In February this year, Apple lodged 14 pleas against the ruling, claiming that the findings are based on “fundamental errors.” A court hearing between Apple Sales International and Apple Operations Europe - the company’s Irish subsidiaries - and the European Commission is expected to take place later this year.

Braeburn is also used to manage profits recorded by Apple’s Irish subsidiaries, Bloomberg reported. The group directs Wall Street bond dealers and money managers like BlackRock and Pimco to buy US Treasuries at debt auctions and in the secondary market, on behalf of these subsidiaries. This is one of the reasons why Ireland has $271 billion in US government bonds, according to the Treasury, making it America’s third largest foreign creditor, after China and Japan.

“They don’t want to pay taxes, but they’re using the US financial system to benefit from our laws, security, productivity and all the rest of it,” Elise Bean, a former chief counsel who led a Senate probe into Apple’s tax practices, told Bloomberg. “They’re using the money to buy US Treasuries, which is so ironic.”

As a result, the Treasury Department paid Apple at least $600 million over the past five years in the form of interest, the publication calculated.