Will focus on its first facility

Apple has canceled plans to build a $921m data center in Aabenraa, Denmark, and instead will expand its soon-to-be-completed Viborg data center.

The 285-hectare site, originally purchased by the company in 2017, will be put up for sale. 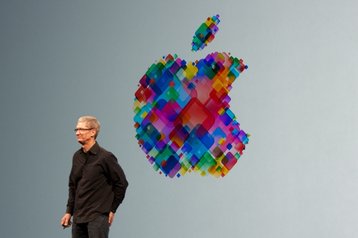 “As we near completion of our new Viborg data center in central Jutland, Denmark, we’ve decided to focus on growing that site instead of building an additional data center in Aabenraa,” Apple said in a statement.

Mayor Thomas Andresen added: "This is undoubtedly an undesirable bump on the way for Aabenraa Municipality's long-term efforts to create jobs and increased settlement out of the establishment of data centers in Aabenraa Municipality. Fortunately, Apple is not the only player in that market, and as our data center strategy clearly describes, we have a targeted strategic effort aimed at, among other things, two data centers in operation and two in planning in 2022."

Google also owns 131 acres in the municipality, but has no immediate plans to build a data center there.

Apple will instead focus on its Viborg facility, which is behind schedule. In April it was revealed that the company had fired the project's main contractor, and work on the facility had ceased. It is unclear what the current state of the data center, originally planned to open in 2017, is - although Apple did note in today's statement that they were nearing completion.

The company has suffered a rocky development path for its European data centers, spending years trying to build a facility in Galway, Ireland, before canceling the project after years of delays.

In addition to its own facilities, Apple uses AWS, Google Cloud, colocation facilities, and small cloud companies. Earlier this year, CNBC reported that the company had signed an agreement to spend at least $1.5 billion on AWS over the course of five years.