The company’s CEO Ângelo Gama told Bnamericas that it will invest “at least” US$40 million in the first expansion phase of its AngoNAP data center in Fortaleza, in Brazil’s Ceará state. 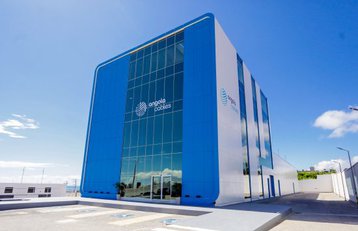 Work should last less than 12 months and triple the site's current storage capacity to about 500 racks, while taking total installed power capacity to 5MW.

“Fortaleza is no longer a 'transit' city, where submarine cables arrived due to its privileged geographical location ... and has become a place where communication has come to stay and to be transported from it, within it,” said Gama.

Angola Cables was formed in 2009 and is owned by a number of national telecommunication companies including Angola Telecom (51 percent stake) and Unitel (31 percent). The company operates a cable landing station and a 400-rack AngoNAP facility in Luanda, Angola.

The company is one of the owners of the Google-backed Monet cable, which went live in 2018. It also owns the South Atlantic Cable System (SACS) connecting South America and Africa, and is also part of the West Africa Cable System (WACS) consortium.