Data centers are as important as international airports to The Netherlands

Amsterdam's pause in new data center building, announced in July, could be over in less than a year. The local government has acknowledged that the facilities are as important to The Netherlands as international airports, according to local industry sources.

Although Amsterdam is a major European data center hub, two municipal authorities announced it would have a pause in issuing permits for new data centers fromJuly, concerned about the sector's hunger for land and electricity. Now the Amsterdam authorities have issued a letter of intent in favor of data centers, and the Dutch Data Center Association (DDA) has said that the debate will likely end with a sustainable policy which will benefit the city and other data center hubs. 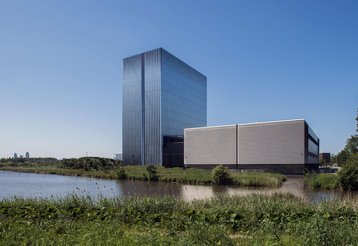 The Municipalities of Amsterdam and Haarlemmermeer said in July that data center building was out of control, and announced a pause until the end of the year, by which time a new regional policy would be worked out. Now it seems that the industry and government are in harmony.

The Municipality of Amsterdam has decided to support sustainable growth in the sector, according to a letter of intent seen by the DDA. "Just like international airports, data centers are fundamental for the international role of the Netherlands as Digital Gateway to Europe," says the DDA's summary of the letter, which was issued by Stan Kaatee, Minister for Economic Affairs at the Municipality of Amsterdam.

The dialog is making good progress, and the municipalities should have a sustainable policy in December, and building should recommence by the summer of 2020, the DDA predicts.

The Municipality's pause was never an "attack" on the data center industry, the DDA reports. Mr Kaatee's letter acknowledges that data centers are indispensable for residents, companies and institutions, and says the two municipalities want to create a means for sustainable growth in the sector, so data centers can expand and the municipalities can handle planning and power distribution.

The action plan will be part of a sound regional framework for land planning and economic development, which will strengthen the Amsterdam Municipal Area; and data centers will be actively involved in creating these policies, says Kaatee and the DDA. .

The DDA believes that the pause may even bring new opportunities to the Netherlands, as other areas in the country have put themselves forward as potential hubs for data centers, including Rotterdam and the Hague. Some of these municipalities, and other interested parties, attended a national forum for data centers convened by the DDA.

“We are happy that we are on track in finding a solution for short term growth of the existing Amsterdam clusters" said Stijn Grove, managing director of the DDA. "Yet, in the long run we need new, additional data center clusters. Therefore, we are happy that many other regions in the Netherlands are interested to take this role. New data center clusters will also provide increased resilience."

"You can’t stop data centers," said Eline Stuivenvold of the DDA. "But we are dependent on government to allow the sector to keep going. There is interdependency."