AMD is shutting down its dense server business – formerly SeaMicro – with immediate effect, after reporting lower-than-expected revenues for the first quarter of 2015.

AMD posted a net loss of $180 million for the three months ending with March.

It is expected that AMD will focus its efforts on its new range of ARM-based processors for low-power servers and gaming consoles. The company is struggling in the desktop CPU and GPU market, its silicon powers both Microsoft’s Xbox One and Sony’s PlayStation 4. 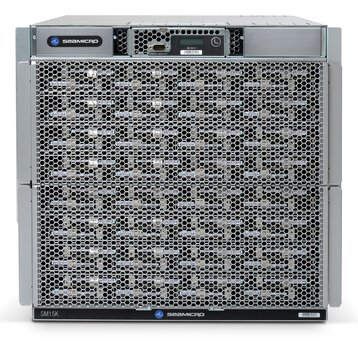 You will be missed

SeaMicro was founded in 2007 to develop extremely dense servers based on Intel and AMD x86 processors. We’re talking 2,048 CPU cores in a 10U rack, with data transferred through a custom “Freedom Fabric”.

The company only managed to get a handful of products out before it was acquired by AMD for $334 million in 2012. Under new management, SeaMicro helped Verizon build its Enterprise Cloud service and launched one new server – the SM15000, mainly aimed at the OpenStack crowd.

Three years later, it seems the idea has lost its appeal. low-power processors such as ARM systems have become a more appealing way to cram in more servers into a small space.

“As a part of the strategy to simplify and sharpen the company’s investment focus, AMD is exiting the dense server systems business, formerly SeaMicro, effective immediately,” said the company in a statement.

There is currently no information on what will happen to SeaMicro staff, but AMD said it will keep the Freedom Fabric technology as a part of its overall IP portfolio.

The company recorded a charge of $75 million in the first quarter related to the sale of the business as well as an additional $12 million charge related to a restructuring plan which began last year.

Meanwhile overall revenues fell 6.2 percent to $1.03 billion, computing and graphics segment revenue decreased 38 percent year-on-year, and the enterprise division was the only one to finish the quarter with actual operating income.

Disappointing results have been blamed on the anemic PC market. AMD expects second quarter revenue to fall another three percent from the first quarter, but CEO Lisa Su said she believes business will pick up again in the second half of the year, as the company launches new products, including the ARM-based Opteron A1100, and Microsoft releases Windows 10, boosting PC sales.