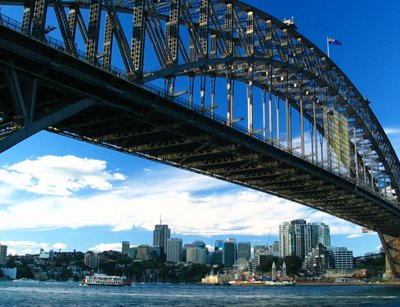 Five months after announcing it had set up an ‘edge location’ in Sydney, Amazon Web Services will start running operations from two dedicated facilities in the city from tomorrow EST.

According to a report by Australian tech news site itnews, Amazon has established two data centers in Sydney to reach its Asia Pacific audience, the primary facility being in Equinix’s SYD3 data center.

The move allows customers operating in Amazon Web Services’ US, Brazil, Ireland, Tokyo and Singapore data centers to move to the new facility to be closer to target audiences within weeks.

The report said that already the Commonwealth Bank, Vodafone and Suncorp were rumoured to be looking at using the local offering

Back in June, Amazon used a blog post to announce it was setting up its 33rd edge site in Sydney for CloudFront, its web-based service for low-latency content delivery.

A year prior to that, Amazon had said it was “canvassing the market for data center facilities”.

Sydney has become one of the preferred locations for international data center operators establishing an Australian footprint in recent years.

Last week Digital realty opened its Digital Erskine Park facility on schedule, Phase 1 of which provides the wholesale colo player with an 8,020 sq m footprint in the country.

Digital Realty CEO Michal F Foust said the data center is a milestone for the company.

“This marks our first operational data center in Australia and the second one in the region for our company after Singapore,” Foust said.

Phase 1 is made up of two of Digital Realty’s Turn-Key Flex PODS, each providing 1,440kW. Another two will be added as part of Phase 1 as demand requires.

Digital Realty VP of Technology Adil Attlassy said the data center has been designed with energy efficiency in mind. Together the first two PODS have a power usage effectiveness of 1.25 in full economization mode.

“This figure can further be enhanced by the adoption of hot or cold-aisle containment,” Attlassy said.

The PODS have their own built-in cooling infrastructure which can support hot- or cold-aisle cooling using outside air-free cooling in favourable conditions.

In August, Rackspace Hosting said it will be using the facility to set up its first data center in Australia.

It said its news data center in Sydney will go live late in 2012.