Amazon has submitted a proposal to build another data center in Tallaght, on the outskirts of Dublin, next to a recently approved 88,000 square foot (8,175 sq m) facility on a parcel of land bought in 2015.

According to the Irish Independent, the proposed building spans 23,280 square meters (250,045 sq ft), much like another of the company’s data centers in Tallaght, a repurposed Tesco warehouse which Amazon acquired in 2010.

Just to be sure 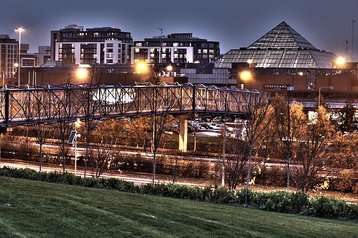 The proposal was put forward on behalf of Amazon Web Services by Amazon Data Services Ireland, as the cloud giant customarily does when building in the country.

The move follows negotiations between company representatives and the Irish government, which looked at amendments to the country’s planning laws for large data centers. Amazon is said to have suggested that the authorization process be fast-tracked for facilities of more than 10,000 square meters (107,640 sq ft), on sites spanning 15 hectares or more.

The planning board is likely to listen closely, to avoid setting another bad precedent: last year, Apple scrapped plans to build a massive data center campus in Galway, following years of painstaking delays.

Objectors to Apple’s plans were able to stall the process by appealing the permission given by the country’s planning authority, An Bord Pleanála. The decision was then left to the Irish High Court, where it was delayed multiple times due to a shortage of judges.

When Apple finally received the all clear, the company’s CEO, Tim Cook, declined to guarantee that the project would still go ahead.

Amazon is potentially facing a similar fate as its plans to build a data center in a former Barretts distribution center, on a site it acquired last year and facing a legal challenge of its own.

Meanwhile, the leader of the Irish government, Taoiseach Leo Varadkar, has set an overhaul of the country’s planning laws into motion to avoid such incidents taking place in the future.