CoStar reports that Amazon's data center unit has leased one of the four buildings under development at the upcoming Hayward Exchange @92 industrial complex in Hayward. 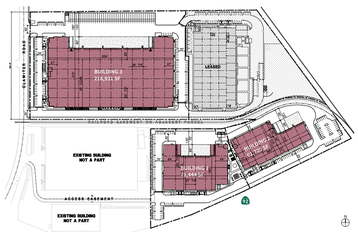 Building 4 is the proposed data center and is set to provide around 49MW of capacity. According to the Cushman & Wakefield listing for the complex, Building 4 is already leased. The first part of the development is due to open in Q2 2022.

The site was previously home to a number of manufacturing & warehouse buildings owned by bus-maker Gillig Corporation, the earliest of which was built around 1968. The site was shut in 2017.

Hines has not historically been a huge player in the data center market, but served as development manager for EdgeX Data Center in Oklahoma, and the Americas Data Center in New Jersey, amongst others. The company's real estate investment trust, Hines Global REIT, previously made more than $110m on the purchase and sale of the Komo Plaza in Seattle - a key regional carrier hotel and data center facility.

The company recently bought a data center in San Jose from Digital Realty; it bought the two-story, 179,800-square-foot (16,700 sqm) property at 150 S. First St. – formerly the Pavilion shopping center – for $59.6 million. Last year the firm raised $650 million for a new fund focused on buying properties, including data centers, within the US.

According to recent filings, AWS owns 11.9 million square feet of property and leases 14.1 million square feet. While it has been on a recent land acquisition spree in Northern Virginia, the company bought seven acres of land in Santa Clara for $51.8 million in January adjacent to a data center it is currently developing.