Ambient Photonics has raised more than $30 million in funding from investors including Amazon.

The company this week announced it has raised a $31 million Series A financing, led by Amazon via its Climate Pledge Fund, and Ecosystem Integrity Fund (EIF), with former Nest CEO Tony Fadell’s Future Shape and I Squared Capital also participating. 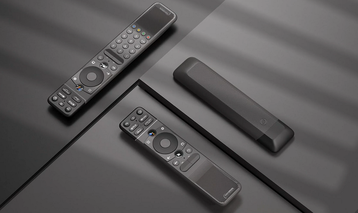 Founded in 2019 in California, Ambient develops low-light energy harvesting photovoltaic (PV) technology it says will be able to harvest energy across the entire light spectrum – including both artificial and natural light. It is targeting IoT-type use cases and aims to replace disposable batteries.

With the financing, Ambient said it will build ‘the world’s largest’ US-based low-light solar cell production facility. The company said the facility’s fully automated production line and capacity for tens of millions of units per year will enable Ambient to scale its solar cells to mass market adoption.

“The future of IoT and connected devices is energy harvesting, and that future requires massive scale,” said Ambient CEO Bates Marshall. “This financing empowers us to deliver our industry leading technology to some of the world’s highest volume IoT device manufacturers with significant decarbonization impact. We’re opening up entirely new possibilities for products that are designed from the ground up from more sustainable energy sources.”

Ambient’s technology was originally developed at the Warner Babcock Institute for Green Chemistry. Cthulhu Ventures LLC has been an investor in the company since its founding.

Ambient said it will also continue to progress its Part II application for a $162 million loan guarantee under the US Department of Energy (DOE) Title XVII Loan Guarantee Program.

“Disposable batteries are both a consumer inconvenience and a significant environmental problem,” said Matt Peterson, director of The Climate Pledge Fund at Amazon. “We are excited that through The Climate Pledge Fund we will invest in Ambient to help in their path toward creating innovative solutions to decrease the carbon footprint of battery-operated devices across industries.”

“IoT sensors are everywhere. And each one has a battery that gets replaced and added to toxic trash,” said Tony Fadell, Nest founder and author of Build. “Ambient Photonics’ revolutionary low light solar cells bring us within reach of the Holy Grail: a battery-less, wireless IoT network.”

Amazon announced plans for 262MW combined in clean energy capacity across three utility-scale renewable projects in Australia; two of the projects are operational.

The company also has on-site solar generation capabilities at its facilities in Melbourne and Sydney totaling around 0.5MW.