8MW more capacity, even though Dallas is a buyer's market right now

The 19-acre facility has capacity for 60MW, but is building towards that incrementally, having opened in 2015 with initial plans for 30MW, in a Tier III reliable facility. 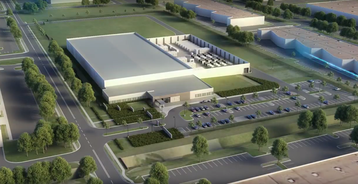 Aligned's expansion comes at a time when the Dallas-Fort Worth hub is going through a phase of over-supply, with a glut of capacity and not enough absorption, according to a recent report from real estate company CBRE. "Not only are we having a weird, slow year in the Dallas market for some reason [but we also] built 49-50MW of brand new space. Both sides of the pendulum went the wrong way,” Haynes Strader, CBRE senior associate of data center solutions, told DCD in August.

However, though DFW is a buyer's market right now, CBRE predicts demand will pick up in due course.

Aligned’s Plano data center is built with a modular approach to power and cooling, so individual racks and aisles can have power and cooling on demand, and at specified levels, as DCD saw on a visit in 2016.. This means that individual racks can have power densities up to 50kW and the site as a whole has a low power usage effectiveness (PUE). The company’s own cooling system, Delta3, uses up to 85 percent less water, and less energy than traditional facilities, Aligned says.

In 2018, Aligned Energy had an investment from Macquarie Infrastructure Partners, which gave Macquarie joint ownership of the company, alongside BlueMountain Capital Management and MIP. The company has been using this investment to expand: one year ago it announced plans for a 26-acre, 180MW campus in Ashburn, North Virginia, joining the world's largest data center hub. The first phase of this campus will be 80MW.

Aligned claims a total footprint of 1.6 million sq ft of data center space. It also has a facility in Phoenix, and is building another campus in Salt Lake City, set to deliver up to 50MW of capacity.

As well as operating data centers, Aligned Energy has in the past promoted systems from its Inertech subsidiary, to increase efficiency by generating electricity from waste heat.