Alibaba to offer its own AI inferencing chip on the cloud

Joining Google, Facebook and Amazon in deploying its own hardware

Hanguang 800 is currently used internally for the e-commerce company's services, but the Chinese technology giant plans to make the chip available on Alibaba Cloud at a later date. 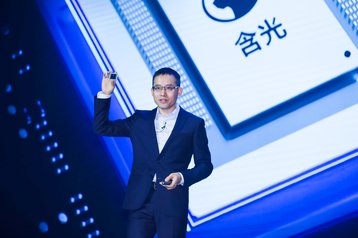 “The launch of Hanguang 800 is an important step in our pursuit of next-generation technologies, boosting computing capabilities that will drive both our current and emerging businesses while improving energy-efficiency,” Jeff Zhang, Alibaba Group CTO and president of Alibaba Cloud Intelligence, said.

“In the near future, we plan to empower our clients by providing access through our cloud business to the advanced computing that is made possible by the chip, anytime and anywhere.”

Much about the processing capabilities of the chip was not revealed, but Alibaba did claim that a single-chip is capable of 78,563 inferences per second (IPS) at peak performance, with an efficiency of 500 IPS/W during the Resnet-50 Inference test.

Pintouge, also known as T-Head, is developing several other processors for Alibaba's internal and cloud use. Earlier this year, the company unveiled XuanTie 910, an IoT processor based on the open source instruction set architecture RISC-V. Alibaba plans to license the full IP to chip makers, opening a new revenue stream for the company. It also said it will release parts of related code for the product on GitHub to help expand the reach of the architecture.

Chinese tech companies are keen to shift away from their dependence on foreign semiconductor manufacturers amid US sanctions. Bloomberg reports that China imports roughly three times as many chips as it produces and spends more on semiconductors than it does on oil.