Akamai improves application support and security at the Edge

Content delivery network provider Akamai has improved the support in its network for customer applications at the edge, as well as boosting security.

In a series of announcements, the company has added new options to the systems it offers to run customer applications on its Edge network while enabling those applications to access local data, and improving their security. The security features will be particularly welcome, one week after a rival, Fastly, experienced an outage which brought down many of its customers, which include some of the most significant sites on the Internet. 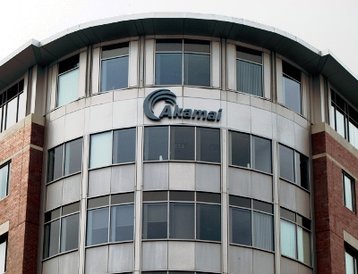 Akamai does this with "EdgeWorkers” - compute containers that deploy customer code at the Edge. These serverless EdgeWorkers were launched in October 2019, and Akamai now handles some 300 trillion API requests at the Edge.

This week, Akamai's EdgeWorkers have been upgraded to have different performance options which package CPU and memory in two tiers — Basic Compute for applications requiring lower CPU and memory consumption, and Dynamic Compute for those applications demanding higher levels. There are two pricing levels, which include free usage for a combined 60 million EdgeWorkers events per month, up to 30 million per tier.

Edge applications also got other support functions. Akamai has added a key value store, EdgeKV, which gives fast access to a lookup table of security and other data at the Edge. For instance, it could allow content companies to quickly look up their customers’ locations and deliver content that is optimized, and legal under copyright and other laws where they are.

Akamai also updated its system to optimize the way it handles API traffic for Edge applications. Akamai has added special-purpose hardware to its Edge nodes, with reserved capacity and prioritized routing to keep API transactions moving.

“With this latest platform release, we hope to accelerate this innovation by giving developers the ability to build truly transformative applications at the edge,” said Lelah Manz, senior vice president, Edge Technology Group, Akamai. She says that so far customers have been “scratching the surface”, and new ideas will emerge.

Akamai has followed up the performance announcement with security news: