Hyperscale data center builder AirTrunk plans to build a 20MW facility in Hong Kong that will open in Q4 2020.

The data centre will in a prime business and connectivity zone near Tsuen Wan, which should provide low latency access to Greater China and neighbouring Asian countries. 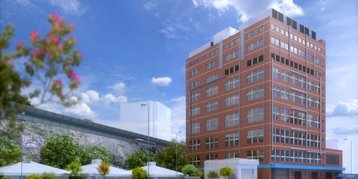 The announcement is part of a program of expansion which saw AirTrunk announce a 60MW data center in Singapore in April, following a SG$450 million (US$332M) round of financing backed by Deutsche Bank, Goldman Sachs and Natixis. AirTrunk’s two Australian hyperscale facilities, SYD1 and MEL1, have been operating since 2017.

AirTrunk HKG1 will be a retrofit, installed in an existing eight story building. It is designed for hyperscale cloud, content and enterprise customers. The company promised design innovations to give the multi-story building an industry-leading power usage effectiveness (PUE) score, along with a high power density, as demanded by emerging applications.

“AirTrunk’s new Hong Kong facility will be a valuable addition to our growing hyperscale data center platform, serving one of the most important financial markets in the Asia Pacific, and offering our customers a consistent experience across the region,” said AirTrunk CEO and founder, Robin Khuda.

Hong Kong remains an attractive destination for data centers, despite continuing unrest there. Pro-democracy protests over the region's relationship with the Chinese government, the largest public demonstrations in the history of China with 1.5 million people on street marches.