The new facility will be in the city of Talavera de la Reina, located in the Toledo region in the center of the country. 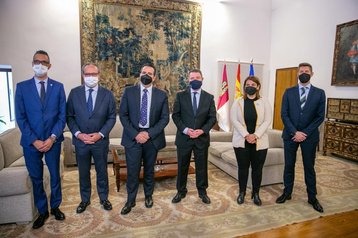 The project has already broken ground and the 600 sqm (6,450 sq ft) first phase of construction is set for completion before the end of the year. The facility could reach more than 4,000 sqm (43,000 sq ft) when fully developed.

At a press conference, the company said it would invest €1.3 million ($1.5 million) into the project, and that the initiative ‘strengthen the digital map of Castilla La Mancha.’ As well as hosting local companies, the facility will serve local government.

The Minister of Finance and Public Administrations, Juan Alfonso Ruiz Molina, said the facility was is “another milestone in the regional government's digital strategy.”

The mayor of Talavera de la Reina, Tita García Élez, said the announcement was “a very important day” for the city as ‘the foundations of the change in the production model are being laid’ and the announcement shows the public-private collaboration potential of the city.

A version of this story appeared in our Spanish edition.