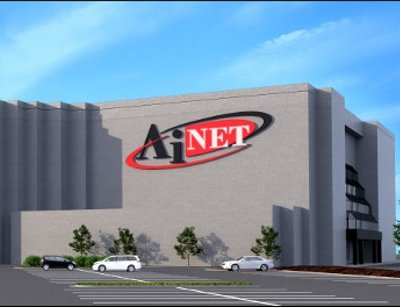 AiNet is building a 300,000 sq ft data center that will be called CyberNAP in Maryland, the company announced Monday.

The site’s location near Fort George G. Meade, a headquarters location of a number of US defense agencies, positions it well to get large defense contracts. In addition to planning specialized high-security data center products for these types of customers, AiNet is positioning the site as an alternative to the concentration of data centers in Northern Virginia, which has been the de facto data center destination for the region.

According to AiNet president Deepak Jain, the company has already secured initial tenants for the data center. ““We have commitments in place from several customers and carriers, and will be making announcements soon,” Jain said.

US agencies headquartered at Ft. Meade include the National Security Administration, the Cyber Command and the Defense Courier Service.

The data center’s total capacity will be more than 10,000 IT cabinets, supporting about 1m servers. The site will be power dense, able to support up to 25kW per cabinet facility-wide.

Part of AiNet’s business is building fiber optic networks for carriers and enterprises. Once the Fr. Meade data center is up, it will act as a carrier hotel, as the company plans to provide access to hundreds of carriers  by connecting directly to the networks it has built for customers.

The company also has a 10,000-mile fiber network under construction in Washington, D.C., which will connect directly to this and other AiNet data centers. It has two existing data centers in Beltsville and Laurel, Maryland.