Adding enough space for another 160 racks

Africa Data Centres, a subsidiary of Liquid Telecom, has fitted out another floor in its facility in Nairobi, Kenya.

The East Africa Data Centre (EADC) has added 500 square meters (5,382 sq ft) of white space, which will host a new analytics center for Strathmore Business School, along with other infrastructure.

The site was officially opened by the Honorable Joe Mucheru, Kenya’s Cabinet Secretary for Ministry of Information, Communications and Technology, on Thursday. 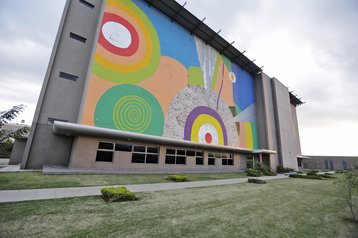 The EADC was hailed as East Africa’s largest data center when it opened in 2013. The carrier-neutral facility was also the first in the region to receive Tier III certification form the Uptime Institute, testifying to its redundancy features.

Including this latest expansion, EADC now offers a total of 2,000 square meters of white space across four floors of the building.

“The newly opened floor at EADC is a direct response to the huge demand that we’re receiving for colocation and hosting services in Africa. Our state-of-the-art data center facility in Nairobi has exceeded expectation since it first opened in 2013, and we will continue to serve our expanding customer base with world-class data center solutions,” said Dan Kwach, general manager at EADC.

The facility offers local businesses the ability to host their data in Africa, at a time when data privacy and data residency are becoming increasingly important in the eyes of the end-users.

“By hosting their data within Africa, businesses in the region have clear visibility on where their customer sensitive data is at all times and which parties have access to that data. This sends out a clear message to consumers that your business is serious about data privacy and protection,” Kwatch added.

Africa Data Centres is a subsidiary of London-based Liquid Telecom, which is itself a subsidiary of Econet – a major telecommunications group with operations and investments in Africa, Europe, South America, North America and East Asia.

Liquid Telecom is also part of the consortium behind the Liquid Sea submarine cable system, which will run the length of Africa and through the red sea to reach the Middle East, connecting to the company’s terrestrial network segment - spanning 20,000km across the African continent.

Dan will be discussing the rapid development of cloud computing in South Africa and the surrounding region will be discussed at the upcoming DCD Africa conference and exhibition in Johannesburg on 24 July.