A look at other methane powered data centers 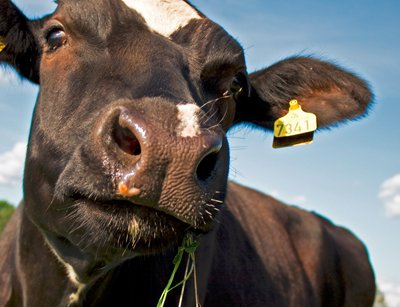 Earlier this week Microsoft announced that it will be using human waste – and I don’t mean that from your trash can – to power a data center in Wyoming. The facility would be a test of the technology – and a successful test could mean it could use methane for similar facilities in future. It said it will depend solely on methane for this data center, completely removing its dependency on the electrical grid.

It is a radical idea, but such advancements have been on the table for some time (using fuel cells to convert gas into electricity is nothing new). It is not the only data center project to use methane – which doesn’t only come from human waste. Below are a few other projects which have explored the idea.

In November 2007 California-based data center operator 365 Main put aside its aspirations for a natural-gas powered data center after its clientele said it was not keen to take the risk.

Customers said they thought it could lead to disruptions in availability as the company could only guarantee 94% uptime with its natural gas powered generators.

In a report by InfoWorld, 365 Main VP of Corporate Strategy Miles Kelly said: ““While the combined reliability of the co-gen primary/utility backup solution would be higher than 94%  – say 99.8% – customers didn’t like the co-gen option because it provided a less reliable primary energy source. Utility as primary is more reliable at 99%.”

It said if the plans went ahead, its data center would have produced 78,500 tonnes of carbon emissions per year instead of 99,000. It would have completely fuelled its operations with natural gas.

Infinity didn’t mind moving to the countryside with its data center constructed in 2009. It conveniently plonked it alongside a farm which would also become its fuel source.

The farm has 22,000 acres orf biomatter – from potatoes to parsnips and onions - which feeds into the data center’s anaerobic digester which helps provide methane which is then converted to power for the 5,000 sq ft of data center space in East Anglia.

It uses a high-efficiency generator to convert energy from the digester which is then delivered directly to the data center halls.

The Infinity Martlesham campus provides 22 standalone modular data center units which are cooled with fresh-air cooling. It also uses optional ground-source heat pumps at the site, which it claims is 100% carbon-free.

It selected its farm location based on high-capacity fiber routes that run alongside, and still maintains a sub 2ms fiber round-trip to London.

A local farming cooperative is involved in this project. Both methane and nutrient-rich ‘digestates’ are produced by a digester. The digestate is used as a fertilizer which is returned to the agricultural land.

With the help of Capstone and IBM, Syracuse University in New York built a 6,000 sq ft data center that uses natural gas-fuelled micro-turbines to generate all of its electricity needs.

At the time it said the campus used 50% less energy than a typical data by running completely off the grid. IBM supplied the electrical cogeneration equipment for the project and Capstone the micro-turbines.

"Syracuse University will be the home to the first university data center powered by onsite generation in New York State, which will showcase the substantial energy and environmental benefits of combined heat and power," Francis J. Murray, Jr, President and CEO of NYSERDA said back in 2009.

Capstone Turbine Corporation provided 12 hybrid Uninterruptible Power Supply (UPS) micro-turbines for the university data center which integrated clean and green 65kW micro-turbines directly with a dual-conversion UPS to provide power for the mission-critical loads. The turbines produce electricity and supply heat and cooling power for the data center, as well as a nearby building.

“A 40-ton EnerSys® battery bank with enough power to carry the maximum load for 17 minutes is available for rare catastrophic situations. It’s highly unlikely, however, that the batteries ever will be used because microturbines are renowned for their high reliability and low maintenance,” Capstone said.

“Data centers need a lot of energy. Dairy farms create a lot of methane”. So said California-based freelance writer Simon Firth when he was writing for HP back in 2010.

It was the year HP first decided it would make public research it had been doing to see if it could use a farm of 10,000 dairy cows to fulfil the power requirements of a 1MW data center, and other power needs of the farm.

It was using heat generated by the data center to help increase the anaerobic digestion of animal waste – a process which creates methane which can then be used to generate power.

The average dairy cow produces about 55kg of manure each day – and 20 metric tonnes a year, and the manure from one cow alone can generate 2kW hours of electrical energy a day.

It found that 70% of the energy in methane could be used for data cneter power and cooling.

I have not heard any more about HP pulling through with a live model based on this premise, but the findings hold promise for both the data center industry and farmers – and the world as a whole. Methane is 21 times more damaging to the environment than carbon dioxide. And we all know farmers – particularly in the western world – have been having a hard time of late, and selling methane  - or space for data center builds - could be a new form of income.

Apple has also turned to methane – this time from landfill - to power its North Carolina data center. In this case, the methane is being fed into 24 5MW fuel cells of 20KW capacity provided by Bloom Energy

Bloom Energy’s fuel cells can run on 10% renewable biogas, and consume no water during normal operation.

The cells combine natural gas or biogas with oxygen and other chemicals to create the electrochemical reaction to make energy.

Apple’s data center is rumoured to be using a 4.6MW fuel cell farm that will consume 20MW.

Apple has not said where it is getting this fuel source from – it is generally tight lipped about its projects and most information received to date about its data center builds has come from public filings.

Ebay is also using Bloom’s boxes at its Utah data center site. It will feed in biogas to support its cells.

It is using the electricity grid as backup power only, removing the need for a UPS.