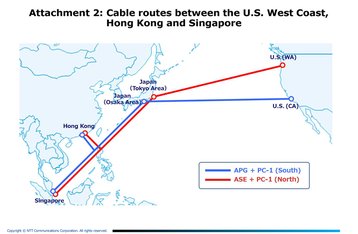 The need for the new cable became ever more pronounced when the Asia-America Gateway cable began to suffer a series of outages that particularly affected Vietnam and Malaysia, after repeated breaks and ruptures on the AAG cable.

For more on submarine cables, their history, and their future, be sure to check out our feature on the industry from our October magazine.