But growth prospects in Singapore are much stronger

The value of Hong Kong’s colocation and wholesale data center market has edged ahead in 2017 to reach HK$5.8bn (US$744m), compared to Singapore’s S$1.06bn (US$739m), according to analyst firm 451 Research and its fifth annual “Multi-tenant Datacenter Market” report.

The figures for Hong Kong come on the heels of an impressive 16 percent growth last year, despite the scarcity of land for data center facilities. With only two plots of land earmarked for data center use, however, the next three years will see the industry face challenges that are projected to curtail growth to a CAGR of 4 percent. 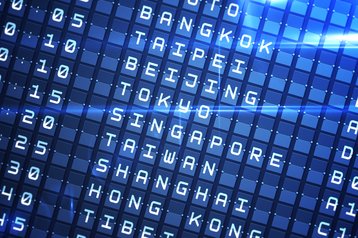 In contrast, Singapore’s colocation and wholesale data center market is predicted to grow at a CAGR of 8 percent to reach S$1.42bn (US$1bn) by 2021.

This will pull it substantially ahead of Hong Kong, which is estimated to see revenue reach HK$7.01bn (US$900m) that same year.

451 researchers noted that while several providers in Hong Kong still have room for expansion, other important players are either near, or already at capacity. In contrast, several new providers are slated to bring data centers online in Singapore, after a brief hiatus in 2017.

“The Hong Kong datacenter market continues to see impressive growth, and in doing so has managed to stay ahead of its closest rival, Singapore, for yet another year,” said Dan Thompson, a senior analyst at 451 Research and one of the report’s authors.

“Rather than seeing 2017 as a down year for Singapore, we see it as a ‘filling up’ year, where providers worked to maximize their existing data center facilities. Meanwhile, 2018 is shaping up to be another big year, with providers including DODID, Global Switch and Iron Mountain slated to bring new datacenters online in Singapore,” he added.

Not surprisingly, the report concludes that Hong Kong and Singapore are equally appealing as they serve as digital gateways in and out of China and Southeast Asia respectively. Cloud providers are also choosing Singapore and Hong Kong due to the ease of doing businesses there.

“Cloud and content providers are choosing to service their regional audiences from Singapore because it is comparatively easy to do business there, in addition to having strong connectivity with countries throughout the region. This all bodes well for the country’s future as the digital hub for this part of APAC,” Thompson said.

451 Research noted that demand growth in both Hong Kong and Singapore has shifted from the traditional financial services, securities, and insurance verticals to large-scale cloud and content providers. This is hardly surprising, as all major cloud providers already have a presence in Singapore; both Amazon Web Services (AWS) and Google Cloud have announced that they will open a cloud region in Hong Kong this year.

Both cities are facing competition from surrounding regions: Malaysia and Indonesia for Singapore, and the mainland China cities of Guangzhou, Shenzhen and Shanghai for Hong Kong. However, these markets are not without challenges for potential consumers, and this means that Singapore and Hong Kong will remain the primary destinations for data center deployments in the region for the foreseeable future.

Due to the very specific roles served by Singapore and Hong Kong, Thompson advised multinationals to deploy data centers in both locations.