Last week in a rare act of unity, 288 groups and individuals from 27 countries presented 23 separate legal briefs to the US Supreme Court, supporting Microsoft in challenging the search warrant issued by the Department of Justice for data stored by the company in its Irish data centers.

American senators, members of the European Parliament, technology companies, trade groups, media organizations, dozens of academics, scientists and legal experts came out to defend a company’s right to safeguard data stored outside of the US jurisdiction. 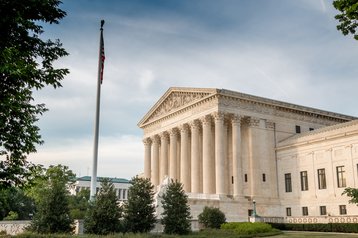 Microsoft’s case dates back to 2013, when a New York magistrate ordered the company to hand over a user’s emails under the US Stored Communications Act. The company refused, and was held in contempt of court, before the case was escalated to the Second Circuit Court of Appeals, which ruled in Microsoft’s favor.

The ruling was then appealed by the DoJ, but the court stood by its decision.

Finally, in October last year, the DoJ submitted a petition signed by 33 states, bringing the case before the Supreme Court, which just began receiving official arguments and is due to make a decision in June.

A victory for Microsoft would set an important precedent: any US company or organization that stores individuals’ private data is likely to be impacted, as customers could be deterred by the prospect of having their information handed over to the US authorities.

Microsoft’s president and chief legal officer Brad Smith said in a blog post that the charges led by the government rely on “a law that was enacted in 1986, before anyone conceived of cloud computing.”

He continued to say that although this does not mean that law enforcement “never needs to access emails in other countries,” that the obligation to make a copy of the data stored abroad and then transfer it back to the US could lead to conflicts between legal stystems which would have a negative impact on both technology companies and customers.

He added that it risks being ”a path that will lead to the doorsteps of American homes by putting the privacy of US citizens’ emails at risk. If the US government obtains the power to search and seize foreign citizens’ private communications physically stored in other countries, it will invite other governments to do the same thing. If we ignore other countries’ laws, how can we demand that they respect our laws?”

Smith acknowledged that “ultimately the courts – including the Supreme Court – can decide only whether the DoJ’s approach passes muster under current law,” calling for congress to create “a nuanced solution that balances all the competing concerns by enacting a statute for the 21st century.”