Why sometimes the most complex problems, need the simplest solutions

And building a data center is no different

I’m sure at some point, we have all received the advice that ‘it will all work out in the end’. Unfortunately, this optimistically casual approach cannot be used when it comes to building data centers.

Efficiency – both in terms of energy consumption, impacts on the environment and on a company’s wallet must be considered. Even massive conglomerates like Facebook can make unintentionally unwise decisions, as revealed to us by David Hall from Equinix. 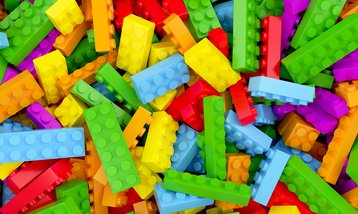 “We worked with AWS on their first-ever non-North American node. Also with Facebook. Interestingly, Facebook was buying IP from us, but they never actually used the IP service. At some point, I did a calculation that worked out that they'd spent more per mg of bandwidth than it cost NASA to connect to Hubble.”

When it comes to building data centers, we are facing increasing opposition.

“In the places that you really want to build data centers, and you've always been building them, it's suddenly harder, and in the places where you've never thought about building data centers before, it starts off being hard.

“But what are the things that are making it hard? Well, power is one. The availability of power, and people's sensitivity to you as a power consumer, and the impact on other power consumers who may not be data centers. Sustainability is another huge one. Realistically, 20 years ago, sustainability was one of the last three questions.

“But many of my colleagues based in California are experiencing really significant changes to the weather, and wildfires. It's really hard to be a human being, and see that stuff around you and not want to respond to it.”

Many of my colleagues based in California are experiencing really significant changes to the weather, and wildfires. It's really hard to be a human being, and see that stuff around you and not want to respond to it. David Hall, Equinix

Not only are challenges posed by the community where you select a site, but the logistics of building a data center, adjusting it to whether you want a hyperscale, enterprise, or something at the Edge, drastically impact how you go about the build in the first place.

If only it were as simple as building with Lego. You guessed it, it (almost) is.

“I was trying to solve all of those problems in one go, and what we realized was that rather than trying to create these really interesting and unique solutions to these problems, a more interesting question was, is there one thing that we could do that could solve all of them. This was the genesis of the brick-based approach.”

“Imagine Lego bricks. There are a very small number of Lego bricks that you can put together in a variety of ways to make lots of different things. That has the massive benefit for Lego, because it means that rather than producing a helicopter brick and an elephant brick, you're producing the same brick. As a manufacturer, you're limiting the complexity of what you build, and leaving it down to the person that's putting those bricks together to assemble them in a way that gives them what they want.” 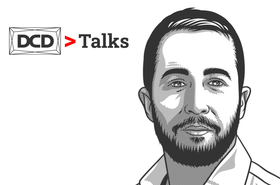 We talk with David Hall, part of the CTO office and Data Center of the Future Group at Equinix, about physical infrastructure at software speed.

“So, we have a basic data brick, which is ultra-compact and requires a really novel arrangement of racks. The racks are all tilted at 60 degrees, which enables us to get two rows of racks essentially into a shipping container with a brick, which is super important because we can move it around cheaply.

“We have another brick that is our power brick. Our power brick is the main distribution and switching environment. We have an interesting UPS arrangement that allows us to tap into the DC side of the UPS as well as the AC side. You have AC coming in your converter, DC where you have your battery streams, and then you convert back to AC again.

“Then we have two more bricks, width and length extension bricks, which can add width or length to the base data brick. Our contention really is that with those four bricks, you can build pretty much any data center.”

For a more in-depth overview of brick-based data centers and more, watch the full video.