Water: When less is definitely more

It is said that the countries that appear to have decarbonized the most over the past 20 or 30 years have done no such thing: they’ve merely offshored their carbon emissions as manufacturing has been shifted overseas.

But are data center operators making a similar mistake when it comes to cutting water usage in a bid to appear more environmentally friendly? 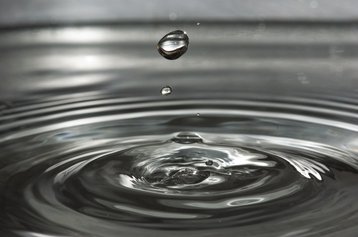 “Data center operators say that they're trying to be green. And by being green, they want to use dramatically less water in their data center sites; they're just going to use power to provide their cooling,” says Jon Pettitt, chief commercial officer at Excool.

After all, with data center operators cutting deals with renewable power suppliers – in some cases investing directly in renewable power projects – that should be a win-win: less water consumed, while the data center cooling is powered by Greta Thunberg-approved renewables.

However, like many simple ideas, the reality is rather more complex, warns Pettitt.

“All you're doing is pushing the problem down the line, to the power generation plants. They are now using more and more power to cool your data center,” he says, and they, in turn, are using more water as a result. “You're not offsetting the use of water – the power generation plants are having to use even more water than you would use at your data center.”

On top of that, there’s an average of about 14 percent in electrical losses between power generation and the data center, as well, to take into account. “You're saying you're green, but actually you're not: you're just making it someone else's problem,” says Pettitt.

You're saying you're green, but actually you're not: you're just making it someone else's problem Jon Pettitt, Excool

Excessive water usage is an environmental challenge that data center operators increasingly need to address, especially in warmer climes, such as the US, Australia and much of Southeast Asia, where water is essential for cooling, but also where an increasing number of areas are already suffering from what has been termed ‘water stress’ by the United Nations.

While Ireland and the UK are more likely to run out of power long before they run out of water, countries already categorized with ‘medium’, ‘high’ or ‘extremely high’ water scarcity issues include Botswana, China, India, Saudi Arabia, South Africa, Spain, Turkey, as well as France, Chile, Germany, Australia and Thailand.

Furthermore, by 2050, the global population will have increased by one-quarter – from just under eight billion to ten billion people – while at the same time demand for fresh water is expected to have increased by 55 per cent, compared to 2000. According to data center consultant and Uptime Institute affiliate David Mytton, this rising demand for fresh water is only partly due to population growth: manufacturing and thermal power generation account for even more.

“The electricity used to power data centers requires significant volumes of water. Power plants burn fuel to heat water, generating steam to turn a turbine which then generates electricity. You often see the results from the huge cooling towers next to power plants,” he writes.

All you're doing is pushing the problem down the line, to the power generation plants. They are now using more and more power to cool your data center Jon Pettitt, Excool

Mytton continues: “The same happens in nuclear power plants where the heat is generated through nuclear fission. Hydroelectricity also relies on water (although it does not ‘consume’ the water because it can be passed on to downstream users). Only solar and wind do not involve water in the generation – instead the manufacturing process contributes the majority of the water footprint.”

Either way, data center water usage remains an issue that needs to be tackled directly rather than made someone else’s problem.

Of course, points out Pettitt, the industry has already developed its own metric to benchmark water usage – WUE, or water usage effectiveness. While companies like Facebook and Google have published figures for their annual water usage, across the data center industry it is typically kept under wraps, if the real figure is even known.

But the truth is starting to come out. A recent study published in Environmental Research Letters, which encompassed both direct water usage (in the data center) and indirect usage (via power consumption), concluded that one megawatt-hour of data center energy consumption required 7.1 m3 of water. Although, it added, there can be significant variations at a local level.

In total, the researchers concluded, the data center sector in the US uses around 5.13 trillion liters of water, or 1.36 trillion US gallons, every year. Of this, about three-quarters of US data centers’ operational water footprint comes via indirect water dependencies. In the average US data center itself, suggests Pettitt, water usage runs at around 1.8 liters per kilowatt hour.

“Conventional cooling technology ‘bleeds’ water constantly from the unit and replaces it with fresh water. That keeps the PH levels of the water down and prevents limescale building up inside the systems,” says Pettitt. The amount of water that gets bled, though, can be quite considerable – between ten percent and 50 percent, which all needs to be replaced with fresh water.

“We don’t need to do this because Excool units have a built-in water treatment system. The only time Excool coolers need to drain water is for maintenance, and then it’s only 1,000 liters, two or three times a year.”

Alternative cooling technologies, like chillers, direct air and conventional D/X systems use much less water, but the pay-off is that they inherently use considerably more power to achieve the same level of cooling as Excool’s Zero units.

Furthermore, those units are also much larger, and that means bigger compressors and bigger generators because the system has to be over-sized to compensate for the lack of water. Moreover, it means a bigger UPS, as well as more backup engines, all of which adds to the cost.

The Excool Zero technology, though, doesn’t require remote water storage because it uses so little water, nor does it requthe stockpiling of water treatment chemicals, thanks to its built-in water treatment system. That also means it offers a much smaller footprint.

As the Excool Zero unit requires so little water, what water that is required – just 1,000 liters, is stored within the Excool Zero device. “This is where it gets really clever: By using a combination of our water storage and our mechanical cooling side, we can provide cooling for 24 hours, should there ever be a water outage event.

The device’s built-in water treatment systems include a biological filter to filter out molecules larger than about 0.2 microns larger than water molecules; an anti-scale filter; and, UV filtering, of course, to eliminate any bacteria and other micro-organisms that might remain. The water is in constant use, chilled, and kept in a completely dark tank, so cannot go stagnant.

“So the benefit of that is there are no external water tanks required and there's no external pumps required. So again, a massive capital expenditure saving and a lot less space being taken up by the infrastructure as well,” says Pettitt. On top of that, not only does it require 80 percent fewer maintenance hours, but the regular maintenance can be performed by lower level technicians on a much lower daily rate.

Future plans include phasing out the 410a refrigerant in favour of low GWP [global warming potential] refrigerants, which should be even better for the environment, “but we’re not quite there yet”, admits Pettitt.

Even Excool has benefited from the shift to the Excool Zero: it can make five times the number of units with the same number of staff on a more streamlined production line – another example of when less is most definitely much more.