Identifying inefficiencies in a data center that has to be running 24/7 can be challenging, but using 3D models with built-in physics engines can help, says Future Facilities’ Sherman Ikemoto

On the Steam PC gaming platform, there are all kinds of oddball simulators recreating the real world that people can try out: Tank Mechanic Simulator, Tourist Bus Simulator, Drug Dealer Simulator, and even a Job Simulator for the workshy to try out the real thing.

There isn’t, however, a Data Center Manager Simulator – at least, not yet. 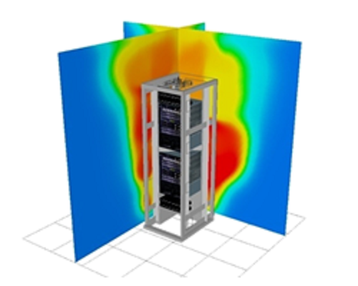 While that would arguably be the best of the lot, data center operators increasingly do need some means of virtually examining their facilities because even the best-run data centers are likely running sub-optimally in terms of efficiency and resilience, however good their initial design, because of the rapid pace of change in the industry.

“Hundreds, if not thousands, of very different it configurations will be implemented over a data center’s lifespan,” according to Sherman Ikenmto, Director of software company Future Facilities, speaking at the recent DCD Control & Automate event, now available to watch on-demand.

He continued: “The distributions of space, power cooling, and airflow resources that were carefully laid out in the [original] design will be broken up, reallocated and redistributed many times and in ways that no one could possibly have anticipated.”

A digital twin is a computer model, a virtual replica of the physical data center Sherman Ikemoto, Future Facilities

Hence, while the lifespan of a data center ought to stretch over decades, with operations expected to be provided efficiently and resiliently over this time, the building itself will be repurposed and its equipment replaced many times during that period – the original design in all its detail will quickly be lost.

“Facilities are designed and built around a best guess at what will eventually be installed in the data center in the future. But as everybody, I'm sure, is aware… this initial assumption or best guess will never be implemented in the real facility,” added Ikemoto.

“According to The451 Global Data Center Alliance, enterprises use only 56 percent of their data center capacity. Hyperscale data centers use more, but they fall short of full loads as well,” he said, but pointed out that they’re not necessarily lazily ticking over.

A digital twin is an asset database that captures every IT infrastructure component, including their precise locations in 3D space Sherman Ikemoto, Future Facilities

The answer, Ikemoto believes, is modelling. That is to say, taking a detailed model of the data center and all its infrastructure – what he calls a “digital twin” – and applying a physics engine, enabling data center operators to safely troubleshoot, test scenarios or see how a well-functioning data center could be run even more efficiently.

“A digital twin is a computer model, a virtual replica of the physical data center. It’s made up of two parts: a 3D model that the user interacts with, and, underneath, a physics-based simulation capability that captures the data center’s physical behavior, including the behavior of its control system. So, we can virtually walk through a digital twin to understand it in more detail,” said Ikemoto.

“So a digital twin is an asset database that captures every IT infrastructure component, including their precise locations in 3D space… a digital twin also provides a view of capacity planning information, performance information, visualization of performance under normal operating conditions, failure conditions [and] computational fluid dynamics is built-in [as well as] the ability to emulate the power distribution through the facility under normal and failure modes. Also, how all these subsystems in the data center interact with each other,” he added.

In their presentation at DCD Control & Automate, Ikemoto and Future Facilities Application Engineer Andrew Vogel ran through a live demonstration, showing how hot spots, air flows, dysfunctional cooling aisles and other data center efficiency shortcomings can be identified. In addition, its also possible to ‘play’ with the software to see how various measures may help or hinder operations.

However, as yet, the software isn’t available on Steam – only direct from Future Facilities.

Watch the full session on-demand by filling in this form:

Thanks! An email with a link to watch the on-demand session will be in your inbox within 30 minutes, if it doesn't arrive please check your junk.