The industry is driving towards the Edge

With the rise of 5G, AI, the IoT, and other new technologies, there has been an inevitable need to host more computing at the Edge.

However, this does not mean the death of the cloud. Instead, we are seeing a redistribution, as consumer needs and business priorities change.

At our recent Building the Edge broadcast, we sat down with a panel from the industry to discuss these industry shifts. 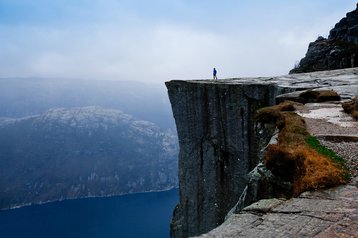 “The first is a very broad movement to do with the way the internet, in the last 20 years, has become more centralized.

“The cloud providers themselves have used a one-too-many massive scale model to drive profits. Amazon's always been very open about saying that the bigger data centers they build, the more they can lower their prices.

“I think there is inevitably going to be a move away from that centralization period. Not just from a compute perspective, but also from a network perspective in places like the Americas, where at one point, most Latin American traffic was handled through the internet there, because that was the best place to reach end-users.

“There was a similar kind of effect going on in Germany where the best place to hit end users if you're a gaming company in Russia would be from Germany rather than actually hosting in Russia itself. Now as we're seeing infrastructure being built out, that will change.”

Eddie Kilbane, CEO & co-founder, Dataplex, noted the impact this initial move to a centralized internet had.

“The local small colo companies were put out of business because people could put their services on the cloud a lot quicker, cheaper, and more dynamically. It is ironic that those very same companies are now looking for those locations and spaces.”

It is not only geographically speaking that we can expect changes to occur. After all, the Edge is not a location, as such.

“Everyone listening who has kids knows they are playing games with each other, and we're going to see more interaction that's going to mean more infrastructure at the Edge.”

“The last thing we're seeing driving demand is the rise of the industry cloud, particularly in places like Germany around the automotive industry.”

As with any major move towards a new approach, the data center industry must consider the sustainability of such a shift. 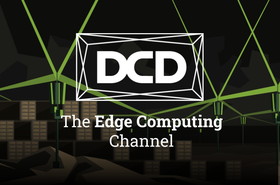 Conference Session Panel: At the regional edge; how are geopolitical and macroeconomic factors affecting expansion?

Stefan Nilsson, chief commercial officer for Conapto, touched on how this drive to the Edge can also be an opportunity for maximizing sustainability.

“You can look at sustainability in many aspects when you're looking at the Edge. Obviously, you have those things you mentioned, like clean energy, fossil-free renewables, cheap energy, and lots of energy, and all of those USPs that we obviously have here in the Nordics. But then you have other interesting aspects of sustainability as well.

“That's when you are talking more about those Edges that are already there. You have things like retrofitting and redesigning already established situations where you actually can do quite a lot from a sustainability perspective.

“Then you also have the sale-leaseback service that we offer our customers here in Sweden, where we can actually come by their old data center, gradually move them into our sustainable and modern facilities, and then we can close down the old, more dirty facility, which means that we can then get rid of a lot of energy inefficient data centers.”

With end-user demands changing, could an Edge location strategy be the key to balancing the impact of market factors with low latency needs?

Download the episode to listen to the full discussion, and find your answer.

Thank you for downloading this episode, an email will arrive with your link shortly.