The cycle is about to be broken

How the EU Taxonomy Compass could change everything

We’ve got to be more sustainable. We say it all the time and, in our defense, we are constantly making progress. But is that progress enough?

According to Carbon3IT’s managing director, John Booth, the answer is a plain and simple no. But progress could be on the horizon.

“If there was a report card on the data center industry, it would probably say, ‘must try harder’,” admitted Booth at our DCD>Connect London event. “There are some good initiatives out there, but it's not being done at scale as yet, and I think the impending EU legislation that's coming down the line is going to make a big step change in thinking.”

But why is the industry dragging its feet? Well, simply put, making these changes is hard and it is expensive.

“I think that it's the people within the industry at the senior level that are treading water and waiting to see what the direction of travel is, and then they'll all move kind of together in one common direction.”

The EU Taxonomy Compass which will directly impact the data center industry in the region could be the key force in making this change: the pebble that causes the water's surface to ripple and transform.

Booth explored what we can expect to see as a result of this, and what it will mean for data centers: “The taxonomy compass basically puts three practices in place for data centers in the information and telecommunication section.

Auditing, if you are in a managerial position you will be well aware, is complex and time-consuming. Across our industry, the data gained will be incredibly valuable, but the task itself is gigantic. Then, we have the other issue: transparency. 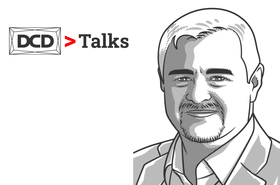 We sat down at the DCD>Connect London event to discuss CEEDA with managing director of Carbon3IT, John Booth

“Then we've got the Energy Efficiency Directive, which is recast and that actually calls for a mandatory data center registry in each member state with four elements that need to be reported. Total energy consumption, the proportion of that derived from renewable energy, water usage, and any waste heat reuse if applicable to that particular site. How that will be reported is… still to be agreed upon.”

Like many industries, data center operators and providers like to keep their data close to their chests, and as a result, there has been some disagreement over who should have access.

“Some of the operators are saying ‘we don't really want to provide that information for public viewing, so we're going to anonymize it’, so there are still a lot of concerns about how that data is going to be reported, and who has access to it.

“It's all very well that legislators have access to it because what that's going to do is, for the first time, give us a very good actual figure for the energy consumption of data centers in Europe, because, at the moment, it's too much extrapolation from too many estimates.

“These estimates could be wildly out, and policymakers are using the data they have and then making some poor decisions. So once we've got real-time accurate data, then we can show them that, actually, digital infrastructure underpins the way that we live in Europe, then maybe they can lay off on some of the more onerous parts of the legislation that they plan. But for that to happen, we need to have that data.”

We are stuck in a perpetual loop in which no one benefits. Data centers get a bad reputation for being high consumers (and bad PR is a huge problem for our industry), and then policymakers pass counter-productive legislation.

If the definition of insanity is doing the same thing over and over, expecting a different result, then maybe it is about time we tried something different. According to Booth, that something different could be The Certified Energy Efficient Datacenter Award (CEEDA).