Single-use plastics have been criticised for being environmentally harmful, but high-tech, long-lasting plastic technology in piping can enable energy efficient liquid cooling and much, much more

“I just want to say one word to you. Just one word: Plastics.”

A lot has changed since the 1960s, when the film The Graduate was made, and when plastics supposedly had a “great future”.

But while plastics – bags, straws, bottles, etcetera – have come under fire in recent years for environmental reasons, plastic piping ought to be considered environmentally friendlier, especially for complex technology-related applications in environments such as data centers. 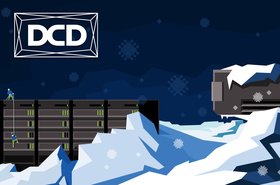 This is where the versatility and longevity of plastic comes into its own, in evaporative coolers, chillers, water-cooled condensers, cooling towers and heat pumps – helping in the recycling of exhaust heat, rather then letting it go to waste.

“If you've got a low pressure aqueous solution, or if you’ve just got non-pressure systems or condensate water or, let's say, chilled water in a tertiary loop or for the primary loop in larger piping, this can all be done in plastics and, in terms of the value proposition of plastics, it can make an awful lot of sense.”

It isn’t simply that plastic piping products are better value, but that they are a key enabler of a wide range of piping solutions for data centers, including solutions that help enhance sustainability. Furthermore, with water usage also becoming an increasingly important element of sustainability, especially with the global population expected to tickover to eight billion in 2023 and reach 9.8 billion by 2050, plastic piping can also contribute to efficient water use.

It isn’t simply that plastic piping products are better value, but that they are a key enabler of a wide range of piping solutions for data centers, including solutions that help enhance sustainability

Already, said Bulmer, the leading-edge hyperscale data centers from companies like Google are achieving power usage efficiency (PUE) ratings of 1.12, driven by a range of technologies of which liquid cooling is a major element.

“We’re also working with some of the larger operators on their DLC [direct liquid cooling] plays for their accelerated GPU cooling solutions. In conjunction with that, we're working with some colocation operators on small pods of proof of concept for various types of direct liquid cooling, as well as immersion cooling. Again, that’s a full system of instrumentation,” he said, adding that the company would have a number of significant product announcements in these areas in just a few months.

These solutions will be based on polyvinylidene fluoride (PVDF) plastic piping technology, already used as an industry standard for ultrapure water applications across the world, as well as being used in challenging processes in semiconductor fabrication, laboratories, and space and defense manufacturing. And, of course, being lightweight offers a range of sustainability benefits, both in terms of transport.

On top of all that, said Freda, plastic piping on data hall fluid loops offer a wide range of advantages:

Missed the full broadcast? Fill in this short form to watch on-demand:

Thank you! Your link to stream this episode will be emailed to your shortly.