Cabling up data centers with ever-fatter fiber is a challenging and time-consuming task, but now some manufacturers are innovating to make it faster and easier 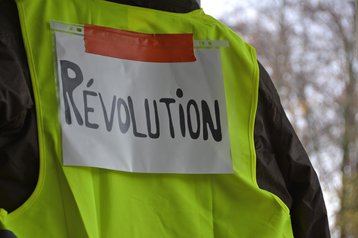 A cabling revolution is about to take place... – Annabel P., Pixabay

“A lot of the tools and solutions that are used as standard today in data center cabling infrastructure fit-outs have been used for decades. They originally came from the top down – from device manufacturers, transceiver manufacturers, and switch makers,” says Cheng, who founded Swick Designs in 2016. While these tools did a job, the demands of data center building today, whether hyperscale, enterprise or edge, requires tools, connectors and technologies better targeted to ensure faster, more reliable and more cost-effective fiber roll-outs.

The first of the new innovations out of the door from Steve Cheng’s Swick Designs was the revolutionary, high-capacity, self-cleaning SWK Connector. Manufacturer by SEL, its self-cleaning ‘Shield Shroud’ slashes debris and contaminants by up to 98.99 percent, which means that no cleaning is required prior to use, even if it has been in storage for some time.

“The connector brings to market a lot of very innovative features, including an extreme strand capacity for a fiber connector. It has the highest quantity and density of fiber strands within a singular connector unit. And it is actually self-cleaning and self-protecting as well. No longer do you need to perform any cleaning of the connector end or the bulkhead into which the connectors engage; it does it all by itself, it's also self-protecting,” says Cheng. 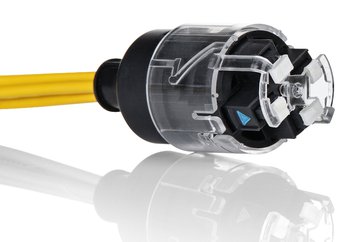 But that’s not all. “There are a number of other unique features, too, including the versatility of the connector. It comes in any capacity flavour from 24-strands to 192-strands within a single connector, and we’re currently working on 288 strands.

“It also has a feature called ‘Quick Polarity Flip’. Because it's a round shape, polarity flips can be done very quickly just by turning the connector upside down and plugging it back in. And there's alignment arrows that indicate the polarity, whether it's straight-through or flipped. Again, this helps reduce operational complexity and the number of components necessary within your infrastructure,” says Cheng.

Not only that, it offers high performance with the lowest loss attenuation of any multi-fiber MTP connector on the market. “It's the highest capacity of fiber with the lowest dB loss,” he adds. As a result, it cuts costs, providing the lowest cost-per-connection solution in the industry.

As a result, the SEL-made SWK connector has proved to be a hit, despite Covid arriving just as Swick and SEL were getting into their stride.

Because it's a round shape, polarity flips can be done very quickly just by turning the connector upside down and plugging it back in Steve Cheng, Swick Designs

This is taking place at the same time that the demands on data centers are going through the roof, not just in terms of compute power, but routing and switching between devices in the data center, as well as the data demands of external users. While strong demand is welcome in any industry, it has placed particular challenges onto the data center industry.

“To put it in plain terms, entire data centers for these hyperscale companies, are now being used for large-scale routing and switching; not just as server and storage solutions. Because of that, the interconnectivity between devices throughout the data center has to be at the same performance level as that between the data center and its end users. That includes between facilities on the same campus and between data centers.

“Basically, every single device within the data center has to have a low-loss and high performance connection between other devices in the data center. In the past, you probably put those high output, very low loss devices – meaning switches – and DW/DM equipment routers, in your POE [point of entry] room, and then you would align it so that those POE rooms between buildings would have your best performance,” says Cheng. 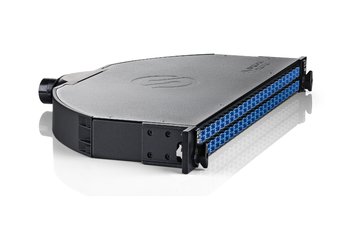 In response, third generation data centers have shifted to what’s called fabric architectures. This isn’t just putting an even greater burden on data center operators, and the workforce involved in rolling out and managing the infrastructure, but also the technology they all rely on, says Cheng. In plain terms, it means a lot more high performance optical long-haul equipment could be used in the data center as well.

“Around ten years ago, online services were supported by second generation network architectures, which were more clustered-switch configurations, where you’ve got servers and associated storage systems on the data center floor, and you place your network switches and routers within the POE rooms, which serve as an aggregate to support all of the server and storage connectivity within the data centers,” says Cheng. 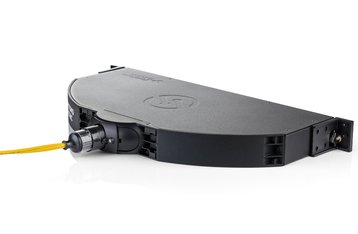 The demands of the modern internet, particularly the rapid popularization of the cloud over the past decade, rendered this kind of architecture inefficient because of the bandwidth limits on communications between devices within and now between data center floors that cloud services typically demand.

“Clusters were just insufficient to support the type of cloud services that are popular today. These require tons more CPU power, but less storage. And the servers and storage systems need to talk to more devices within the facility and outside between facilities as well. That's the only way these cloud services can work.

This ensures less ‘bend-turn radius tension’ on the cable, and it enables unique and innovative ways to dress your cables as well Steve Cheng, Swick Designs

He continues: “Everything is more interweaved with this third generation design. In gen’ two, your cluster was just a handful of devices. Now, your cluster becomes the entire data center or the entire campus, which can encompass a number of data centers as well. That's what all the biggest hyperscale companies are working with right now.

“Google, Facebook, Amazon, Microsoft, everyone is using fabric on gen’ four data centers, now underway. My line of sight is even more expansive. And that's taking edge nodes, which are intended for cloud, and serving the same type of connectivity between all of these edge node facilities. So that all of the remotely placed edge-node facilities can interact and talk to each other efficiently.” 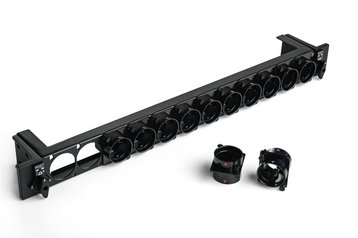 The introduction of Web 3.0 will add an extra layer of complexity on top of that, with all kinds of devices demanding always-on data center connections. But all those emerging challenges are going to demand considerably better tools and technologies to enable data center builders to keep up.

Cheng’s Swick Designs therefore has a whole range of devices coming out – all exclusive to Sumitomo Electric Lightwave, who will be manufacturing them – in addition to the SWK Connector.

“Our patch panels also include two innovative new technology features. For the SWK side of the connector, we've designed something called the ‘flex adapter’. The flex adapter enables you to pivot and rotate the connection about 45 degrees in any direction. So when you plug-in your SWK connector into the flex adapter, it allows increased cable flexibility and eliminates strain. 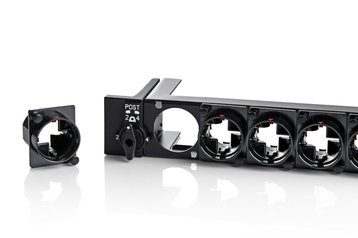 “This ensures less ‘bend-turn radius tension’ on the cable, and it enables unique and innovative ways to dress your cables as well, especially for some of the designs that require cabling to come from the backside to the front side. This helps with that because its driven by the thermal requirements of most data centres, these days, because of cold and hot aisles for efficiency.

“The other feature is what we call the rapid latch-turn dial-fastening system on all of our patch panels that enables you to mount them without any tools: no screws, no tools, nothing. You just fit the pin guides it into the holes, which the telco or server rack align with. Then you twist the dial and it'll self-mount the patch panel onto the rack itself,” says Cheng.

Again, no tools are necessary to mount or placed the patch panels.

“These sound like simple innovations. But it's something that no manufacturer is doing right now, which I think is ridiculous. When I show the patch panel and the connector to customers at various trade shows, they're just wild about some of these features. They say, ‘Why didn't anyone design this before?’”