How Sumitomo helped transform the structure of data center connections

In 27 years, Sumitomo’s Joshua Seawell has seen a huge amount of change and innovation in data center technology, and expects far more to come

Like all evolutions, this has not been a smooth journey - it has been interrupted by obstacles and spurred on to find solutions. 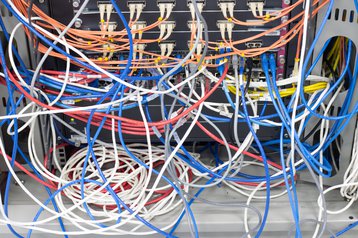 While Joshua’s personal evolution has seen the sprouting of grey hair (his observation, not mine), the data center industry has seen a drastic progression in its hardware, along with what can only be described as an insatiable need for increased capacity, while using less space. A frequent issue of efficiency that is seen across industries, and is by no means limited to the data center world.

It wasn’t until around 2006 that Sumitomo started taking a serious look at data centers and enterprise spaces, and pretty quickly, a hardware issue became apparent.

“All is great when your design says that point A and Point be are this far apart, and this is how long the cable needs to be. You plug it in: it works great. But what about when you get there and find out that, hey, point B is a little bit further away than I thought.”

After all, as Joshua noted, “they don’t make fiber stretchers, unfortunately.”

So, is the facility now scuppered? At one point - it might have been. But it is at this point that Sumitomo and Josh's data center affair would begin and seem to never end. 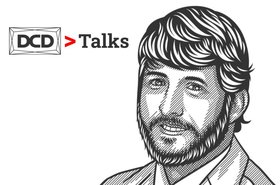 Joshua Seawell, Sumitomo Electric Lightwave’s Director of Product Management takes a deep dive into the evolution of hardware in data centers and what that means for customer demands.

In this particular instance, the solution was the implementation of Sumitomo’s fusion splicer. “It was our door opener into the data center market to say, ‘Hey, listen, why don't you buy your cables, where maybe just one end is terminated, or terminate both of the ends and you can put on the splicer on both sides and plug it in?’”

In other words, Sumitomo helped put an end to a frustrating and unnecessary headache and has continued to be the aspirin the data center world needed ever since.

The last few years have seen a major growth of colocation centers. “What we’ve heard - and we have talked to many colo clients - is the complaint that ‘my cable management just gets filled up.’” A complex crossover of cables, along with continual expansion and changing needs. A spider’s web of tangles occurs, and removing unnecessary cables can become complicated and unrealistic.

“We could build buildings with a bigger ceiling space…. But I don’t necessarily think that’s the right answer.” Josh admitted.

We started talking about airborne fiber, a solution where you put in a pathway which is made up of small tubes and blow within the tube your fibers from point A to point B. Joshua Seawell

If demand for bandwidth in these facilities continues to grow (and from what we can see, it shows no signs of stopping) this isn’t a realistic adaptation. Technology has the benefit of not only adapting for survival but being able to think outside the box, redefining the very way it functions and approaches a problem. Instead of growing its neck, why not grow a new and improved digestive system, and get your energy from creatures that live on the ground?

Why not rethink the very structure of data center connections?

“We started talking about airborne fiber, a solution where you put in a pathway which is made up of small tubes and blow within the tube your fibers from point A to point B. If something changes and that pathway doesn't need to exist anymore, you know, you made that disconnection, you don't have to leave that fiber bundle.

"You can blow those fibers out and repurpose the pathway for a different connection. You can even change the direction of that pathway, maybe it was point A to point B. Now, you can make that pathway part of point C to point D.”

The data center industry identifies what it needs, and through this discussion, the technology can adapt and change. What Joshua Seawell suggests, is that the data center industry is continuing to evolve, but rather than through natural selection, it is motivated by collaboration and is an ongoing effort - with several things to look forward to in the future.

Missed DCD>Talks Tech Evolution with Joshua Seawell or want to see it again? Watch it here on catch-up