Is cooling-as-a-service about to take off?

If you can buy a jet engine ‘as-a-service’, why not data center cooling? asks Airsys USA president Paul Quigley

Data center servers are frequently updated. They have to be, to enable operators to continue to be both competitive and reliable. Storage systems, too, also enjoy regular upgrades with the most forward-thinking operators now shifting from conventional hard-disk drives to SSDs for primary storage, while the rest of the storage infrastructure won’t be far behind. 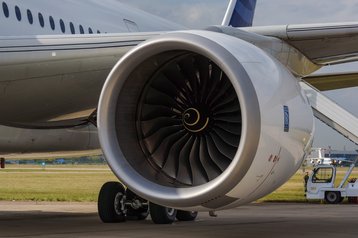 But cooling systems are left out of this upgrade cycle. First, the CFO is invariably reluctant to commit funds to anything that looks like capital expenditure unless he or she really has to. And, second, who wants to endure the costly headache of working out how to upgrade cooling systems, while nevertheless keeping the data center humming away as if nothing were happening?

Therefore, while the server hall might see IT hardware come and go, the cooling system could be two or more decades old before funding for a new one is prized out of the CFO’s tight fist – and this despite the lavish sustainability promises that data center operators across the sector have made in recent years.

The idea of paying for sophisticated hardware on an ‘as-a-service’ basis may sound like a solution on the lookout for a problem, but has already been well established in some parts of industry, such as aero-engine manufacturer Rolls Royce’s TotalCare ‘jet engine-as-a-service’ offering.

Instead of trying to persuade an airline to part with even more money for their shiny new Airbus or Boeing aircraft, Rolls Royce’s TotalCare means that they can pay for their engines by the mile, with Rolls Royce largely responsible for making sure their planes stay in the air, while also handling servicing according to the usual schedules.

We will pay the operators upfront for their legacy equipment – anything that we replace we will pay for Paul Quigley, Airsys

Furthermore, for years, Rolls Royce has been embedding its engines with hundreds of IoT devices to record every aspect of performance. Hence, should readings from one or more devices fall outside of expectations, it can line-up servicing for the affected part or parts well before anything is likely to go wrong. It’s not a proposition designed solely to appeal to cash-strapped smaller airlines – customers include one of the world’s biggest and best run, Singapore Airlines.

Quigley believes that a similar arrangement between data center operators and Airsys could help to radically cut data centers’ cooling-related CO2 emissions, in a manner that might make the CFO sit upright. “We will come in and take over the entire cooling process. Not only that, we will pay the operators upfront for their legacy equipment – anything that we replace we will pay for,” says Quigley.

The first part of the process, of course, is a survey of the data center and an assessment of its current cooling technology level. 3D models can be generated using Airsys’ proprietary software to visualize the data center environment, and scenario planning instituted, “so we can start to get a picture of the various options on which to make an informed decision,” says Quigley.

“How efficient it is all the way through to what sort of combinations of machines they might want: they might want a large ‘fan wall’, for example, or smaller, discrete units to help with their expansion and scalability. “And at the end of this planning process, we give the customer a full projected view with all of the associated data on the proposal before we start,” says Quigley.

The Airsys engineered study, survey and proposal output will become a valuable ‘digital asset’ of the data center

This first part of the survey process is a vitally important part of the overall CaaS project, he adds, as even if the customer opts to not adopt the program offer, the Airsys engineered study, survey and proposal output will become a valuable ‘digital asset’ of the data center: a complete diagnosis showing how the cooling systems are performing, what the potential capital expenditure (capex) strategy plan should be, and the operational expenditure related to it.

Airsys’ Cooling-as-a-Service model was devised in response to organizations’ ‘if it ain’t broke, don’t fix it’ attitude towards their cooling, and to make it easier for data center operators to make a decisive move towards meeting their ambitious sustainability pledges.

“Heating and cooling is all about one thing: transferring heat from one location to another. Indeed, there’s no such thing as cooling, there’s only removing heat. In data centers, the job is to move heat from the server hall to somewhere else, and there’s many ways to do that: liquid cooling, air cooling, and spot cooling, which is simply just ventilation. But we’re constrained by the laws of physics, of course,” says Quigley.

However, while the laws of physics are one thing, the laws of financial accounting – and the accompanying mindsets – are another entirely.

“The problem is that cooling has always had an enormous capital expenditure attached to it. To convince somebody to move from one cooling technology to another, even if it improves their efficiency, will cost a large amount of money that the company will need to find out of its capital expenditure budget.

To move from one cooling technology to another, even if it improves their efficiency, will cost a large amount of money that the company will need to find out of its capex budget Paul Quigley, Airsys

“Organizations only have so much to play with, so cooling tends to get replaced only when it has to be replaced,” says Quigley. It’s therefore regarded as more cost-efficient to keep the old kit going as long as possible because, unlike servers and storage, there’s little competitive advantage attached to upgrading cooling if it’s doing the job it was installed to do.

But if a cooling specialist can promise to upgrade the cooling technology, pay upfront to take away the old kit, and shift the cost of cooling and the associated power required to pay for it from the capex budget to the opex budget, perhaps, suggests Quigley, it ought to shake-up that old mindset, disrupt the status-quo – especially if the CEO has pledged the company to achieve net-zero carbon emissions within ten or 15 years, and now needs to work out how to do it.

What’s in it for Airsys is that it will effectively take over as the data center’s power utility, taking payment at the prevailing rate – but with a big incentive to reduce the power consumption of the cooling system to make its margin. “We will, effectively, become the utility. We’ll change out a lot of the cooling equipment, drop the kilowatts by putting in more efficient equipment and cleaning-up and fine-tuning the old equipment. Then we will pay the utility company the reduced kilowatt rate. That’s where we make our money,” says Quigley.

So, will cooling-as-a-service be the kind of thing to grab the attention of data center operators and, in particular, their CFOs? Maybe. While it’s early days at the moment, one hyperscaler has already, metaphorically speaking, kicked the tires and is now keen to learn more. And many more data center operators have sustainability commitments that will require wholesale upgrades to their cooling systems – and soon.

If you want to learn more about Cooling-as-a-Service and whether it may add-up for your organization, please e-mail [email protected]