Harnessing the power of the ocean

How tidal power has the potential to revolutionize clean energy. 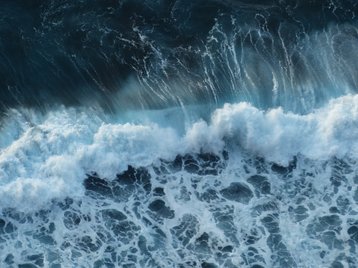 Over the past decade, the data center industry has made significant strides to reduce its carbon footprint, and contribute towards a net-zero carbon emissions goal that many organizations across the world are seeing the value in. For data centers, this is a unique problem - they have a huge demand not only for power, but other resources too. If the industry, as a whole, is to reach the lowest possible level of carbon emissions, things need to change.

AECOM, partnering with SIMEC Atlantis Energy used the power of tidal currents to decarbonize a data center. On July 23, 2020, DCD hosted one of the world’s largest virtual events for the data center industry. We were joined by Sam Mackilligin, Director of Zero Carbon Energy systems at AECOM and Sean Parsons, Director of External Affairs at SIMEC Atlantis Energy, who presented an expertly curated presentation on the process and benefits of tidal power.

The root of the issue

We all know the importance of minimizing carbon emissions, but what is stopping the industry from making quick decisions? Mackilligin says that while many renewable energies are efficient, cheap, and clean, they also need to be both predictable and reliable. Critical infrastructure needs to be kept alive for 24 hours a day, seven days a week, for 365 days a year. Mackilligin’s team at AECOM are working towards uninterruptibility, efficiency and clean energy for data center infrastructure across the world.

Mackilligin broke down the viability of tidal power into three distinct blocks: highly predictable due to moon phases, storage demands are easily quantified, and tracing the energy source is relatively simple.

The first phase of the project was MeyGen Phase One, based in Scotland with high-speed currents capable of steady and powerful energy generation. The actual turbine has a shelf life of 25 years, making it extremely cost-effective compared with means of energy generation. Further phases reduced the total cost of energy production with more turbines implemented in the area.

"This turbine started its 25 year commercial operation in April 2018, and MeyGen has generated more than 30 Gigawatt hours of electricity since then." Sam Mackilligin.

Both SIMEC Atlantis and AECOM been expanding and developing their thinking of further utilizing tidal power across the globe. Technically speaking, any moving body of water where this a significant tidal flow is capable of being perfectly situated for tidal power turbines.

Making the case for the ocean

Parsons’ recounted how the idea of using tidal power for data centers was laughed at when the team attempted to get some of the industry onboard. In reality, in particular areas across the globe, it offers near-unlimited, stable, and predictable power generation capable of supplying data centers with significant amounts of power. Constant power is an absolute must for data centers, with a key benefit of tidal power having better compatibility with batteries than solar and/or wind power.

To learn more about tidal power and the Mey Gen project, make sure you access the presentation from AECOM and SIMEC Atlantis Energy through our on-demand archive. It is 100 percent free, and gives you access to exclusive resources provided by AECOM.