DCD>Awards: A glimpse of the future

What can we learn from this year's DCD>Awards winners?

The DCD Awards has been going since August 2007 so the Awards dinner of December 2021 concluded the 15th Awards program. In that time, over 4,000 entries have been submitted from which more than a thousand finalists have been selected and over 300 winners have collected their trophy.

The Awards have demonstrated relevance by putting “data center leadership, achievement and best practice” at their core. 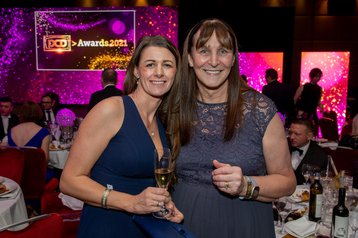 Entries (projects, technologies and solutions, teams, individuals) are drawn from the upper echelons of the industry in terms of best practices, innovation and thought leadership. They are drawn also from the increasing range of places where data centers are located representing both established and younger data center markets.

Under the shadow of Covid?

While the impact of Covid has been a focus of the industry both this year and last, the level of impact varies according to the Award category. Virtually all entries (finalists and non-finalists) into the Construction Team category and a majority of those into Operations Team identify Covid as a key challenge and indicate the process of putting a team together in the right place and at the right time as the key challenge presented by the pandemic. This feeds through to projects of all types but noticeably those in younger markets as established markets indicate greater resilience in the supply of skills and less dependence on cross-border air travel to access skills. Project issues directly attributable to Covid are mentioned by seven in ten entries in the regional ‘emerging’ market categories (MEA, LatAm, APAC) at double the rate of projects in established markets. Covid and its consequences have less effect on the categories of Mission Critical Tech Innovation and Carbon Champion as these categories are technology and solution based, but both these and Data Center Design feature an emerging group of tech and design solutions which have evolved in response to the new challenges for data centers brought about by 2020 and 2021. 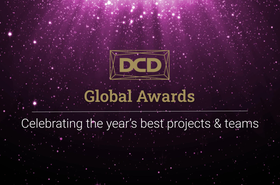 Word count analysis of all entries into the 2021 Awards show mentions of ‘Covid’ or ‘pandemic’ are low for the "people" categories; well behind the requirements of customers, clients and users, the need to form bonds or ties and the established need to manage resources.

‘Covid’ or ‘pandemic’ also occur rarely in the project and technology group of categories. The dominant pressures on both the process and outcome of the design processes are clustered around sustainability, efficiency and decisions that have to be made in relation to technologies. The emphasis on management and technology here reflects also the focus of the mission critical technology innovation and carbon champion categories.

In 2021, entries came in from more than 30 nations, and since 2017 around 45 markets have been represented (accounting for 97 to 98 percent of global data center capacity). Equally important, the judging panel for 2021 is dispersed - based in 15 countries but with professional responsibility across many more. Since 2017, when the DCD>Global Awards brought together a series of regional Awards, the Awards have broadly reflected the global profile of the industry with the largest numbers of entries coming from the United States, followed by the United Kingdom, Scandinavia, EU nations, Australia and Canada. Among younger markets, India, China, Korea, Brazil, Chile, South Africa, UAE, Malaysia and Thailand have submitted the highest number of entries.

This varies by the Awards category - since 2017, the United States has dominated the project and tech categories (edge, enterprise, design, sustainability) accounting for 39 of the 90 finalists followed by United Kingdom (10), the Nordics nations (9), Australia (7), India (6) and Mainland China (5). 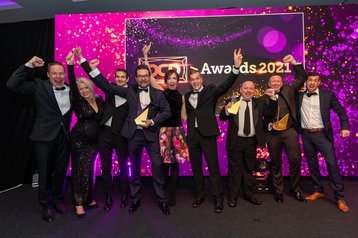 But this shifts. The Edge category indicates maturing technologies becoming more widely successfully adopted beyond the United States which accounted for seven of the eight finalists in 2017 and 2018 and only three since then. The Enterprise Evolution category (in a variety of forms since 2017) has a very high proportion of finalists from younger markets which have grown up with cloud and which have a greater flexibility in using that as a starting point. Carbon Champion (8) and Data Center Design (7) have the highest number of European finalists since 2017 while 10 of 19 finalists into Mission Critical Technology are.American in origin.

The position of the United States in reversed for team awards - in three categories across the five years from 2017, from 40 finalists, the USA achieves just three, behind the UK (8), Australia (7), mainland Europe (6), emerging APAC (6) and Latin America (4). The key reason for this is the greater challenge of assembling teams - across national borders, sometimes at considerable distance and with differences in language, culture and capability in markets outside the United States.

Most of the forward indications come out of the project and tech categories.

The mix of Edge entries has included projects (usually works in progress) and technologies designed specifically for Edge. The maturity of entries has not changed as much as might be expected from an evolving form of infrastructure - possibly because the first two years saw entries from American and Chinese tech leaders in this sector. What is perhaps indicative of future trends is that many of the better entries are focused on their project and the business or social outcomes it is designed to deliver and not so worried about the question of what Edge ‘is’. A variety of different companies, technologies, purposes are bonded by the concepts of separation from a ‘core’, processing capability at the Edge and carefully defined justifications. This indicates a flexibility in Edge projects and in adapting the concept so it is ‘fit for purpose’. Edge roll-outs are now thinking hard about factors that are defining the overall ecosystem - sustainability, resilience, security, lifecycle.

Edge entries are focused on their project and the business or social outcomes it is designed to deliver and not so worried about the question of what Edge ‘is’.

Enterprise evolution continues along the path it has followed for much of the past decade. New build is increasingly limited to financial institutions, some Government, and to younger markets. Evolution is taken to include hybrid IT which in part accounts for a growing smattering of entries featuring upgrades to older on-prem facilities. Mostly, entries deal with migration into cloud or between clouds and cloud providers.

Entries into technology innovation categories since 2016 have grouped into technologies and solutions that are already on the market (usually entered by global brands), a smaller number in development or in conceptual form, build projects, cloud service delivery initiatives, and monitoring and analytics technologies.

The ‘branded solutions’ category has been the largest in most years (note that this includes any entry submitted not just those making the finals) and it has increased - 12 of the 32 entries in 2021 come from this source. Nine of the 2021 entries deal with immersion cooling and seven directly with monitoring and measurement initiatives, indicating key ongoing priorities. Entries that deal with IT hardware and delivery via cloud services also increase in numbers.

The focus of the Awards categories recognizing data center energy efficiency and sustainability has shifted away from the rewarding of improved energy efficiency. Since 2016, this category has become less about ‘before and after’ projects, and more about technologies that will enable better design and operational practices. Over the past couple of years a greater number of entries have been submitted which present the company’s strategy in relation to sustainability across their data centers. This approach has in part been driven by the strategic approach of global cloud providers snd the increasing demands of stakeholder groups and customers.