We sat down with Matthew Madden, CEO of DXN Solutions to discuss DXN’s role in the evolution of the Asia-Pacific data center market. 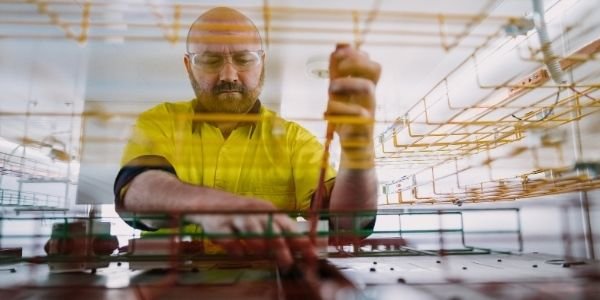 We sat down with Matthew Madden, CEO of DXN Solutions to discuss DXN’s role in the evolution of the Asia-Pacific data center market, and to get a deeper understanding of what growth factors are driving the boom in Australia and New Zealand.

For those unfamiliar, Madden is a highly experienced data center and telecommunications executive. Madden has held senior executive positions in large multinational corporations, particularly in the B2B telecommunications and technology sectors, further cementing his expertise in the area.

DXN itself is an Australian Stock Exchange (ASX) listed company, that was built on the shoulders of a team with varied experience across telecommunications, construction and various disciplines of engineering. Focused on modularity and innovation, DXN provides the market with unique opportunities for available, reliable and secure infrastructure solutions.

Lay of the Land

To understand the impact of growth in the region, Madden highlighted the massive impact that Covid-19 has had this year, but also growth factors that began late last year. He pointed out how regions like Africa and Asia have been exceeding their annual compound growth rates by approximately 40 percent. Yet, we are still waiting for 50 percent of the world’s population to connect to the internet and further increase demand.

Madden rightly points out that this is a massive infrastructure project that will need to happen in the near future. The global pandemic has only furthered the necessity for increased and improved compute across regions around the world. As reliance on latency-sensitive applications increases due to shifts in business processes, the traditional models of aggregation and distribution from central points may no longer suffice.

“Having a centralized cloud solution is not going to play the part for that particular application long term.”

Another point Madden raised is the impact of machine to machine communication. We know machines won’t tolerate the same levels of latency as humans do - mainly due to the applications they run. AI and machine learning need to make decisions and predictive outcomes faster than a human is capable of doing.

AgriTech is an emerging industry that Madden highlights will need increased infrastructure support. The reliance on machines, whether it be drones or autonomous vehicles, puts further strains on centralised infrastructure.

Australia is famous for its wildlife and beautiful coastal scenery, but it is also one of the largest countries on Earth - with mind bogglingly large swathes of relatively harsh and uninhabited land. So how do companies like DXN meet the challenges of delivering infrastructure to what is for all intents and purposes, a largely distributed population?

“DXN knows its place in the market.”

Madden says DXN’s job is to build the critical infrastructure needed for its clients and customers. Backups and recovery are absolutely critical in extremely harsh environments found across Australia, ranging from sweltering dry heat, to wet and relatively humid conditions.

Australia has to innovate more than other countries Madden says. The relative isolation of Australia compared to countries in other regions means more creative solutions need to be used to meet these large-scale infrastructure projects on the horizon. There are some shortcomings of existing networks in Australia when it comes to reaching rural and remote communities, which Madden believes edge (and DXN) will be able to help solve.

Making a difference in the market

Madden says that as a small organization, DXN has to choose very carefully where it invests its infrastructure and resources. DXN was able to quickly identify that it could make a difference by developing a model around smaller, regional data center hubs. DXN also designs, builds and deploys these builds to clients and customers. Madden says he sees DXN as an enabler, not the end-operator.

A custom-built DCIM platform allows DXN to monitor and manage data centers remotely. Edge itself does away with a lot of the traditional ‘on-site’ support, and these types of remote management becomes increasingly important. DXN has chosen to heavily automate its infrastructure to manage them more effectively and efficiently.

“We still have that strong sense of service to our customers, rather than just having that straight ownership.”

On the sustainability front, DXN’s Tasmanian Data Center uses hydropower to generate electricity. But Madden says it’s not just about ensuring the actual data center is green and has minimal impact on the environment - it’s also about ensuring every aspect through from construction and design is as environmentally friendly as possible. Australia is somewhat uniquely affected by climate change, and thus for DXN it is important to ensure their impact is minimal. 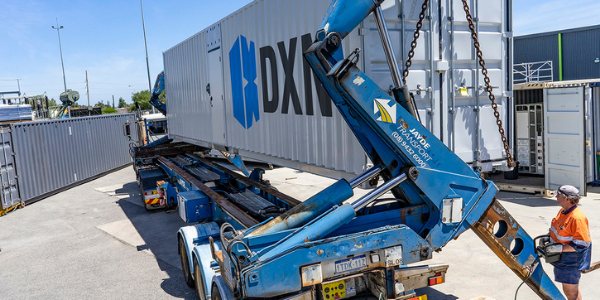 DXN is starting to provide Australia's neighbours with critical infrastructure.

Madden says DXN has been rapidly preparing and implementing solutions for ANZ’s close neighbours, particularly in the Pacific islands. Most recently, it has manufactured a subsea cable-station to be implemented in Fiji. These types of projects are ramping up as DXN helps to establish more infrastructure in smaller markets in the APAC area.

These types of modular builds can be implemented almost instantaneously with DXN’s team. Completely contained ecosystems with fire suppression systems, sensors and more are part of complete packages they can deliver to customers in the region.

Why is this important? It harkens back to DXN’s primary visions around three factors: smaller, modular infrastructure, with minimal impacts on the environment and implemented smoothly. Madden says he is proud of the steps they are taking to work with partners in smaller market regions, as they can provide infrastructure models that are of a world-class standard.